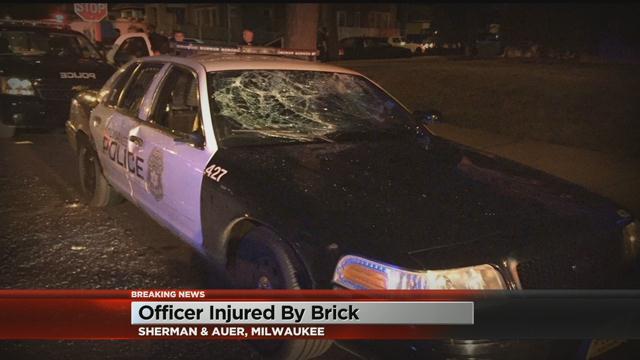 A Milwaukee Police Officer was hurt when someone threw a brick at a squad car.

This happened near Sherman and Auer just a block from the gas station.

Officials said the officer suffered a head wound when the brick went through the windshield.

At last report, that officer was still being treated at the hospital.

You can see people just throwing things at officers.

They pick up anything they can find on the ground and hurl it at police.

Some of them run right toward the squad cars.

Other people have their phones out either taking pictures or video of the scene.