MILWAUKEE (CBS 58) -- Alfonso Morales will remain Milwaukee's police chief for the next four years. His reappointment ceremony took place Thursday morning, Dec. 19 -- less than ten hours after Milwaukee's Fire and Police Commission (FPC) voted to keep him as the city's top cop. The vote was four yeses and two nos, and one person abstained.

Chief Morales kicked off his reappointment on a positive note walking into the council chambers to the fanfare of a mariachi band.

During the ceremony, Chief Morales stressed the importance of teamwork calling up members of the department one by one and recognizing them for all they do. And that teamwork needs to extend beyond the department and to city leaders as well. Chief Morales pointed out the issue of race that was brought up at the meeting Wednesday night.

"We’ve come a long way the last two years. It’s not just the Milwaukee Police Department and city government... the community leadership really has to embrace those gaps and quit looking at each other based on the color of our skin but looking at each other from the competence of what our mission is," Chief Morales said.

The conversation about Morales' job started back in August. However, things really didn’t get going until Milwaukee Mayor Tom Barrett called on the FPC to take up the reappointment which lead to a special meeting and vote.

"Obviously I think the City of Milwaukee needs a police chief and we need to focus on making all of our neighborhoods safer," Mayor Barrett said. "I think he has demonstrated that he cares about all the influence in the city, so I want him to continue." 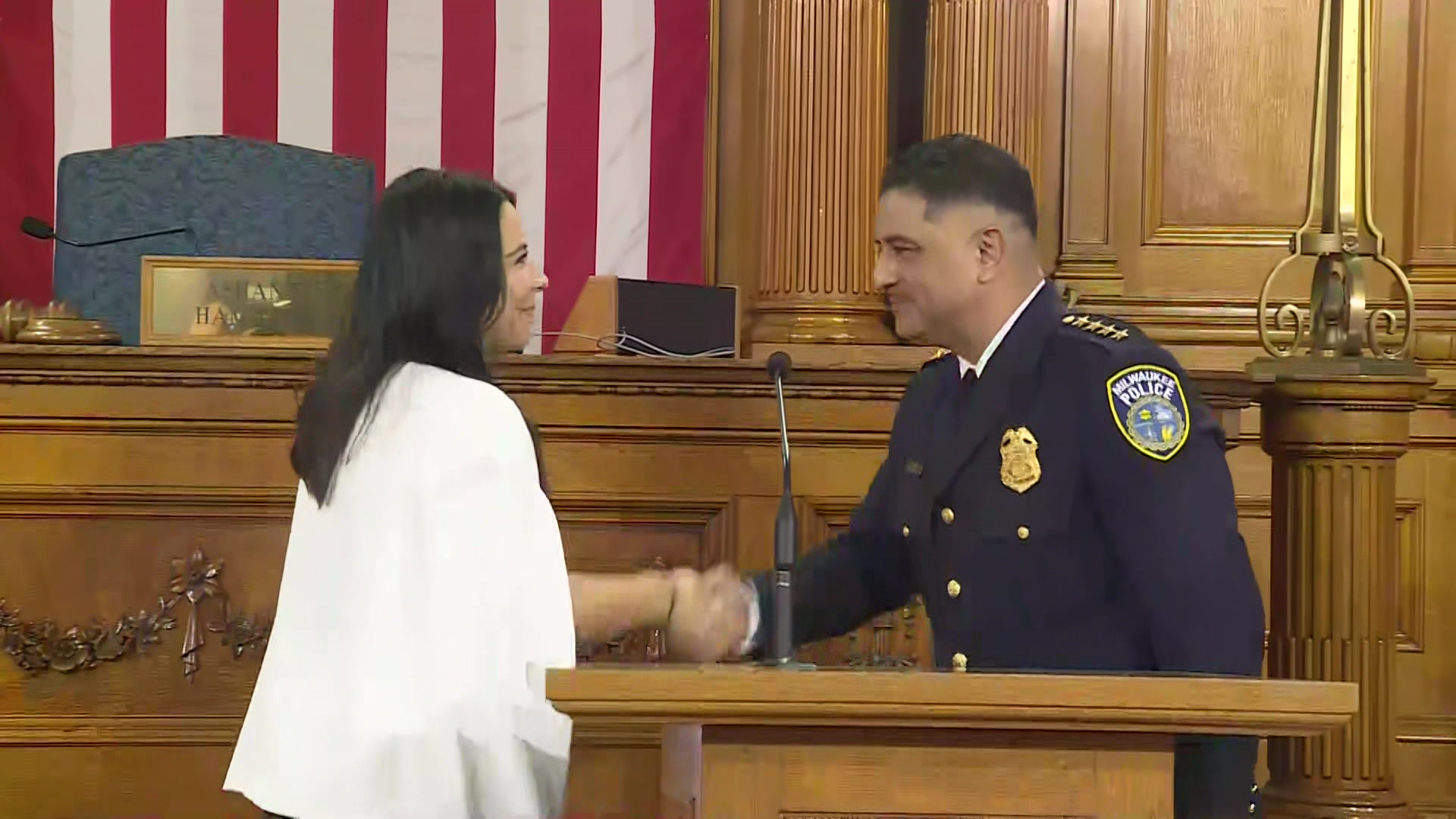 I sincerely congratulate Police Chief Alfonso Morales on his much deserved reappointment last night by the Fire and Police Commission.

Chief Morales has done an exceptional job guiding the Milwaukee Police Department during the final two years of former Chief Ed Flynn’s term. And I note that those two years have been extremely challenging, with the tragic deaths of four officers (including three in the line of duty) in just about a year’s time.

The trauma and emotion that has been felt by the department and its dedicated officers and personnel during this time has been embodied with class, leadership and humanity in Chief Morales, and as a city we are grateful for that.

By his example and by simply leading the right way, Chief Morales helped boost morale on the department during a very difficult period.

Chief Morales has also had to pick up the broken pieces of the failed non-pursuit policy put in place by his predecessor, a policy that created an atmosphere of lawlessness across the City of Milwaukee. The Chief took a bad situation and completely turned it around, allowing officers to pursue suspects who were wreaking havoc on our streets.

I applaud Chief Morales for simply allowing our cops to go after the bad guys!

To those who say there wasn’t enough community input prior to the reappointment, I have a different opinion. In my view Chief Morales has been consistently transparent and has been highly scrutinized during his service – perhaps more scrutinized that any chief in the city’s history.

He has been accessible to the public at meetings across the city and has gone out of his way to attend events and to be transparent in his role as chief. I believe he has been consistently open and responsive to calls and discussions initiated by members of the Common Council and groups in the community.

Chief Morales has earned his reappointment and I look forward to continue working with him during my remaining time on the Council.

Milwaukee Police Chief Alfonso Morales was sworn in for another four-year term of service on Thursday, Dec. 19.

The vote to reappoint Chief Morales came after a two-and-a-half-hour long meeting Wednesday night, Dec. 18 -- including more than an hour of public comments.

Some praised Chief Morales for his leadership in the community and his work so far for the upcoming Democratic National Convention. Others said he shouldn't be reappointed because of concerns of how some people in the black community are being treated.

Fire and Police Commission Chairman Steven DeVougas voted no to the chief's reappointment. Not because of his performance, but because of some unanswered questions the community still demanded.

"You're not going to make everybody happy," Morales said. "That's just a part of the job, but I'm putting every bit of effort that I can into really rebuilding relationships in this community and I'm going to continue to keep doing that."