Milwaukee has picked up its first measureable snow of the month. Officially at the airport 0.9" of snow fell which is now our monthly total. Before Sunday night Milwaukee had only seen a dusting a few times. Snow reached as far north as West Bend and Port Washington with most communities seeing up to 1". 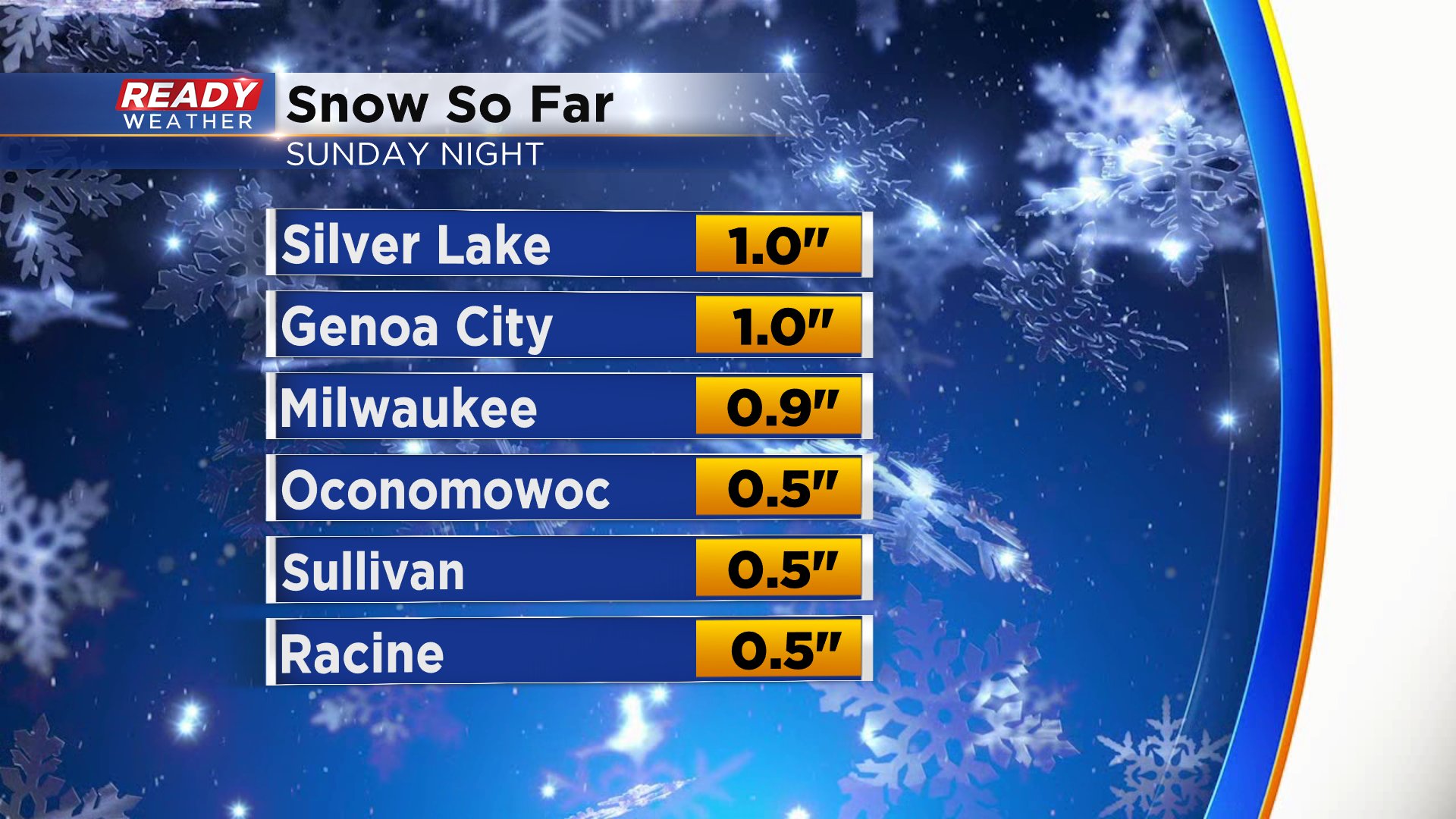 Snow just made roads wet Sunday night but as temperature cooled below-freezing roads became icy. With 0.9" of snowfall now for the month we are still below the monthly to date average of 5.7" and where we were last March at 1.6". Milwaukee is currently 6" below on snow for the season. 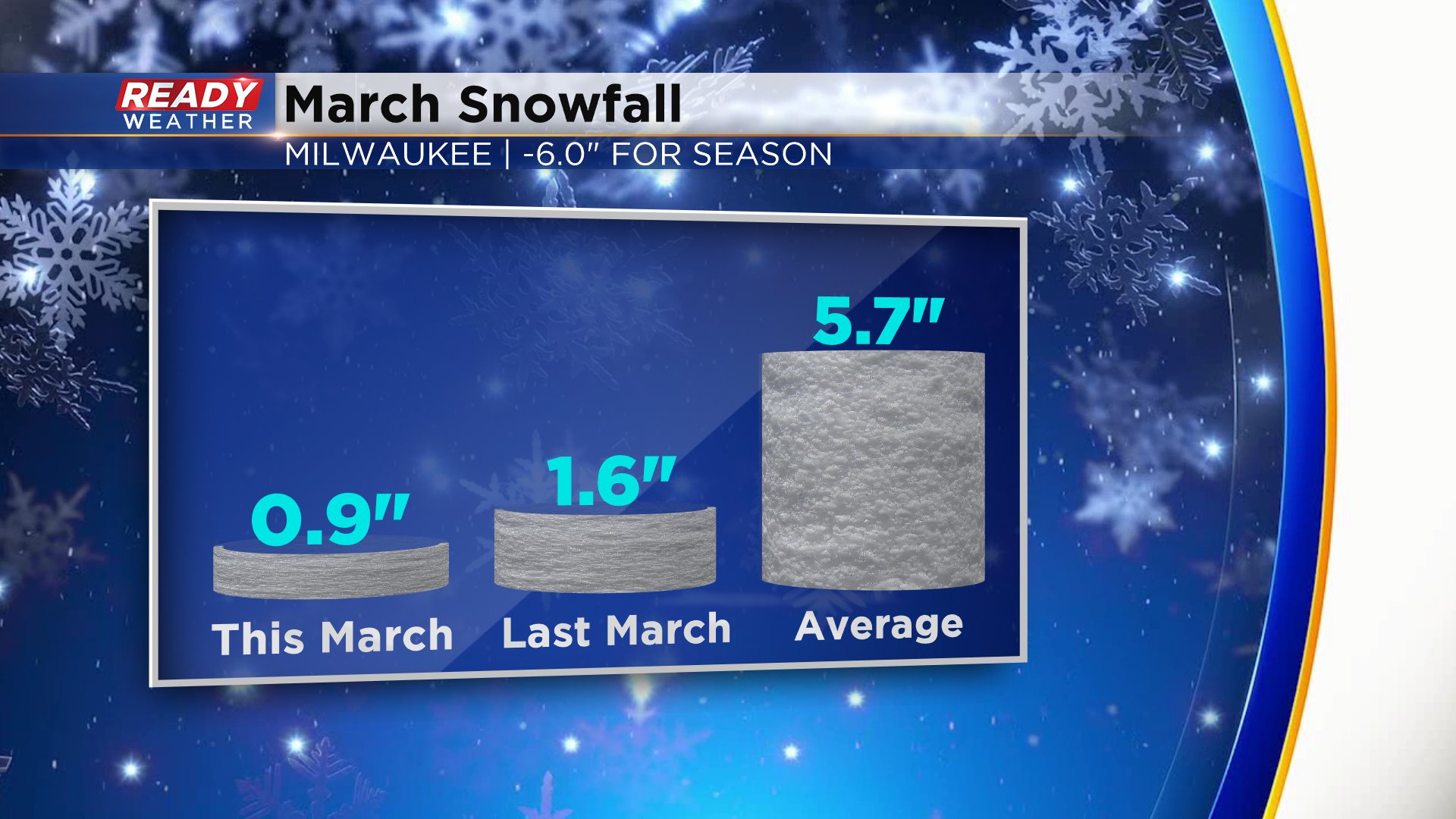 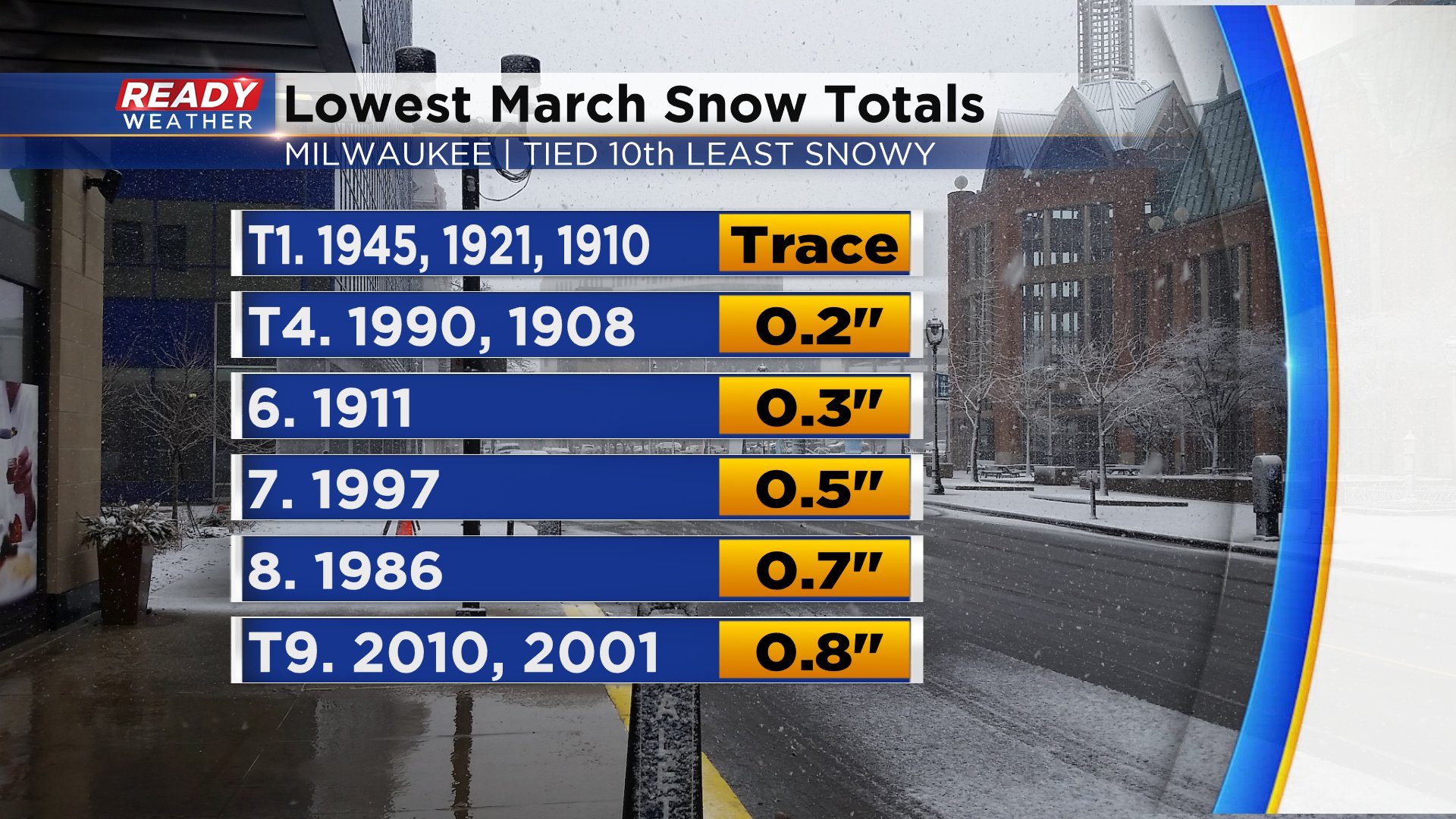