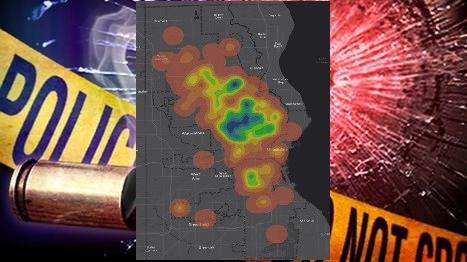 The number of Milwaukee homicide victims in the first half of 2016 is lower than last year, a trend that City officials are working to sustain, according to new numbers released Sunday in the 2016 Milwaukee Homicide Review Commission Mid-Year Report.

The full report can be read below.

53 people died by homicide in the first six months of the year, 21 fewer victims than in the same period in 2015. That is a decline of 28%. While non-fatal shootings were also down, the percentage decline was smaller, 10%.

“There is no higher priority for City government than reducing violence in Milwaukee. Yes, the numbers this year are better than last, but our City is still seeing more victims in 2016 that we saw during past ten years,” Mayor Tom Barrett said. “Our Police are constantly evaluating their efforts and redeploying their resources. And our Office of Violence Prevention in the Milwaukee Health Department has significantly increased its work to stop violence particularly among young people.”

The number of juvenile homicide victims and suspects is slightly lower this year when compared to last.

“We are working to reduce violence using some of the same approaches we use when fighting a disease outbreak. We look at the facts and the numbers and combine that with analysis to guide our violence reduction work,” Commissioner of Health Bevan K. Baker said. “A key part of the effort is building partnerships with organizations and residents that are working in Milwaukee neighborhoods to promote safety.”

The Mid-Year Report includes several recommendations including the promotion of intervention and mediation services so that arguments and fights are less likely to end in violence. A significant percentage of Milwaukee homicides and non-fatal shootings stem from situations involving arguments and fights.

The Homicide Review Commission, which works with the City of Milwaukee Health Department Office of Violence Prevention, is a component of Milwaukee’s overall violence prevention efforts. It draws on public health and criminal justice partners to better understand and inform the work to reduce violence in Milwaukee.