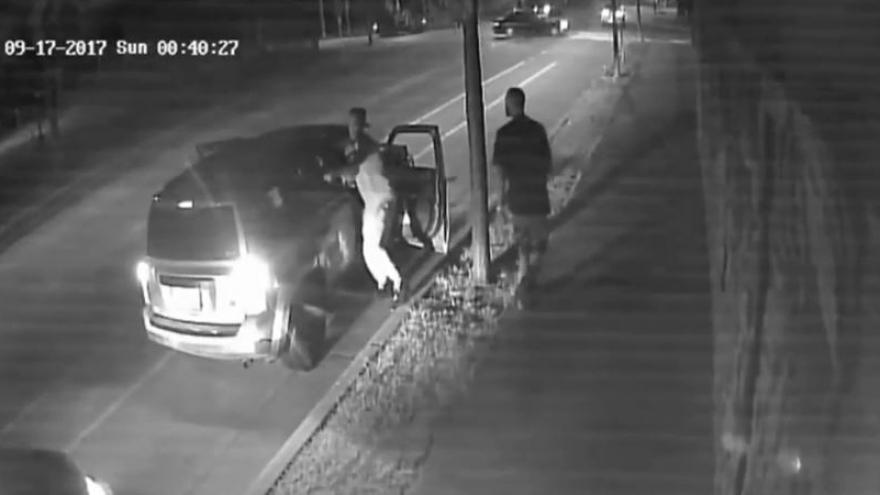 MILWAUKEE (CBS 58) – Two men are facing several charges in connection to a shooting in September that left one person dead.

Riccardo R. Hicks and Dennis Demario Simmons both face one count of first degree recklessly endangering safety as party to a crime, use of a dangerous weapon and one count of possession of a firearm by a felon.

The incident occurred on September 17 shortly after midnight near W. State St. and N. 23rd St. Surveillance video shows several people, including Simmons and Hicks, with guns spraying the sidewalk with bullets.

According to a criminal complaint, authorities identified Simmons as the person shooting a rifle in the surveillance video. Hicks was identified as the man with a handgun.

The victim, 36-year-old Lanell B. Taylor, was inside the Talk of the Town Tavern when the incident began. The criminal complaint states that a witness knew Taylor had been arguing with someone in Simmons and Hicks' group. Taylor then walked outside of the tavern. At the time, the witness did not see him arguing with anyone. The witness does not know when Lanell got shot, but says Lanell ran back inside the bar. When authorities arrived on the scene, they found Lanell unresponsive inside the tavern.

Both Simmons and Hicks face fines up to $25,000 for each charge and several years in prison.