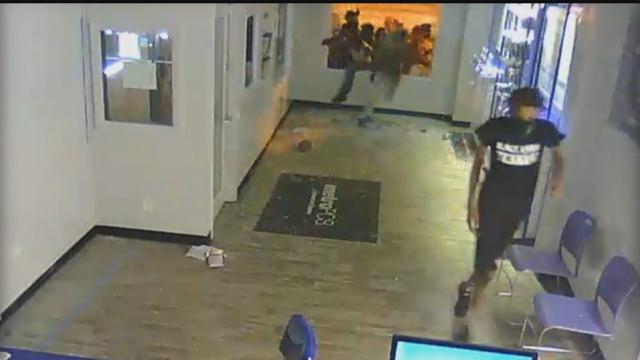 It's the latest in a series of looting charges as police continue searching for those involved.

According to a criminal complaint, Saxton was involved in looting at at-least three locations, including the O'Reilly Auto Parts store, PCS-Metro, and Jet Beauty.

According to the complaint: "The defendant stated that he had gone to Sherman Park to grieve for the death of his friend, who had been shot by a Milwaukee police officer. He indicated that at first, he was just hanging out with friends, talking about his friend's life; but as the evening progressed he became upset, and his emotions were "extremely high."

Saxton and a large group of people then walked to the O'Reilly Auto Parts store, where individuals began breaking the windows with bricks.

From there, they moved on to Metro PCS and Jet Beauty.

Saxton is facing over 30 years in prison if found guilty.