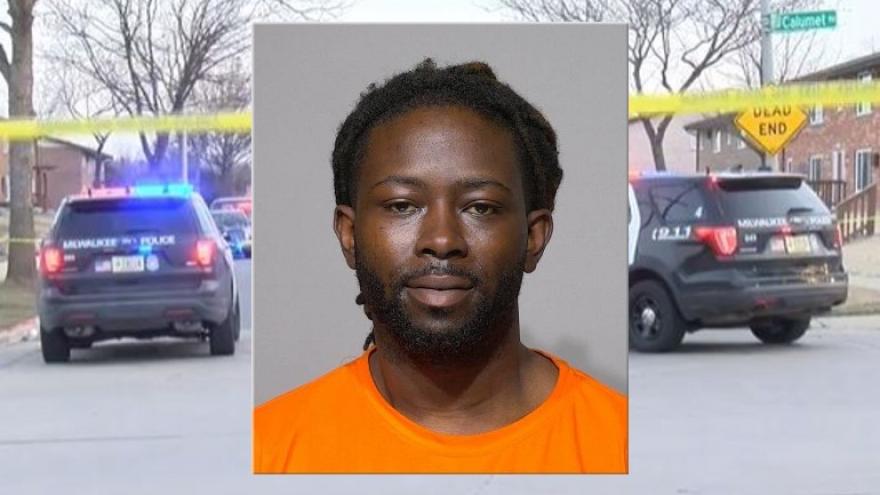 MILWAUKEE (CBS 58) -- The Milwaukee County District Attorney's Office pushed for one-million-dollar for a man accused in an hours-long hostage situation.

Delon Lockett, 32, is accused of beating a woman with a firearm and firing shots while police were on scene.

Officers were called to the apartment near 78th and Calumet Monday. Officers found two kids in the hallway. They told police their parents were arguing.

Police say Lockett barricaded himself in a bathroom. After about five hours of negotiating, officers entered the bathroom, where they say Lockett was using a woman as a human shield.

Police rescued the woman and arrested Lockett without anyone getting seriously hurt.

His bail was set at $750,000. He is to have no contact with the alleged victim. Lockett's expected back in court April 6 for a preliminary hearing.

MILWAUKEE (CBS 58) -- A Milwaukee man faces a list of felony charges after an hours-long hostage situation on Milwaukee's north side this past Monday, March 22.

According to the criminal complaint, Lockett barricaded himself and a woman in the bathroom of an apartment unit near N. 78th and Calumet in the early morning hours of March 22.

Police responded to a shots fired call at the apartment just before 4 a.m. and found two children in the hallway who told them their father was arguing with their mother and that their dad had a large gun.

About 15 minutes later, officers heard a single gunshot and evacuated the rest of the apartment building. Over the course of several hours, officers reported hearing additional shots coming from the bathroom where Lockett was barricaded.

The complaint says a tactical unit began to arrive around 5 a.m. and a negotiator attempted to speak with Lockett for five to six hours. Officers reported mainly speaking with the hostage, who at times told them to "get out." Officers heard a man's voice muttering before each statement and believe Lockett was telling the woman what to say.

An officer reported hearing Lockett hit the woman and heard the woman say "Don't hit me," and "Why you pointing the gun at my head?" Another said they heard Lockett say several phrases such as "B****, I'll kill you," and the woman saying "Please, I don't want to die."

After about five hours, police breached the bathroom. The complaint says Lockett fired several shots at officers as they began to breach the doorway.

Officers were able to rescue the woman and arrest Lockett without any serious injuries.

The woman told investigators that earlier in the night, Lockett began pacing the apartment with a gun in his hand. She said he was looking out the windows and thought someone was watching him. She said Lockett believed that someone was in the kitchen, at which point he grabbed her and put her in the bathtub on top of him, using her as a human shield.

The woman said Lockett pinned her down and was biting her during this time. He also hit her with the butt of the gun repeatedly and pointed it at her face. She told prosecutors Lockett fired three shots -- two into the bathroom door and one into the ceiling.

She stated that Lockett told her he would give her a "dome shot" and then kill himself.

If you or someone you know is a victim of domestic violence, please contact Milwaukee police at (414) 933-4444 and/or one of the resources listed below for help: