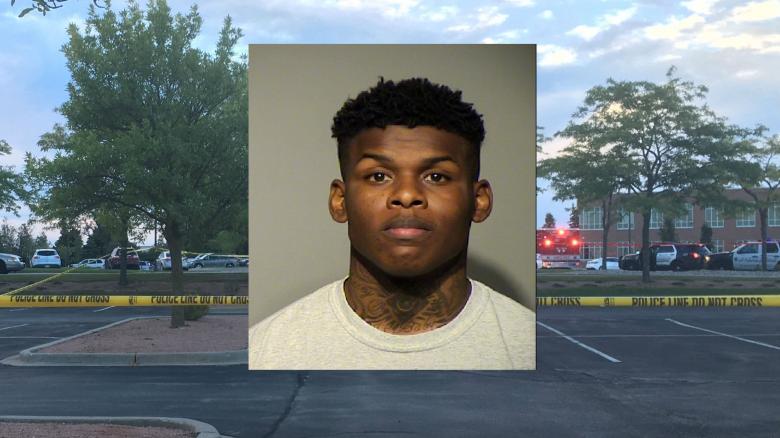 21-year-old Milwaukee man, Pierre Douglas Gardner, was charged by the Milwaukee County District Attorney’s Office Friday afternoon with one count of first degree reckless homicide, use of a dangerous weapon in the murder of Nya Hammond on Monday, September 26 at 5:30 AM.

Nya Hammond was only 19-years-old and her family says that domestic abuse may have led to her death.

Hammond's grandmother told investigators that Hammond was a cleaner at the Orthopedic Hospital and was scheduled to work that morning at 6:00 AM. She said that Nya would take the bus to work, but her boyfriend, Gardner, would occasionally drive her. Hammond has a 3-year-old child with Gardner. Hammond's grandmother said that Nya left Gardner a few days before the shooting due to abuse and that Gardner had come looking for her twice since she left including the day before the shooting.

Security video from the hospital shows Gardner's vehicle entering the parking lot at 5:11 AM, then leaving at 5:16 AM only to return again at 5:35 AM as if he was looking for someone. At 5:36 AM Hammond arrived, was greeted by Gardner and got into his vehicle. At 5:39 AM the vehicle began to leave the parking lot when Hammond got out of the car and began to move towards the security officer shack. At the same time the video shows Gardner exit the car and there is a quick flash consistent with a gunshot.

In the criminal complaint filed on Friday, the first Glendale Police Officer to arrive said that Hammond had shallow breaths, but North Shore EMTs were unable to save her life and she was later pronounced dead.

The investigation at the scene indicated that Hammond was shot in the middle of the back.

A security officer at the Orthopedic Hospital located near the shooting said that Hammond ran towards him after he heard "two loud noises". The victim was unable to speak and had blood coming from her mouth.

The medical examiner observed scarring on Hammond's chest, stomach and legs which is consistent with the family's claims of domestic abuse. The ME said that it looked like the victim was struck with an extension cord or other object.