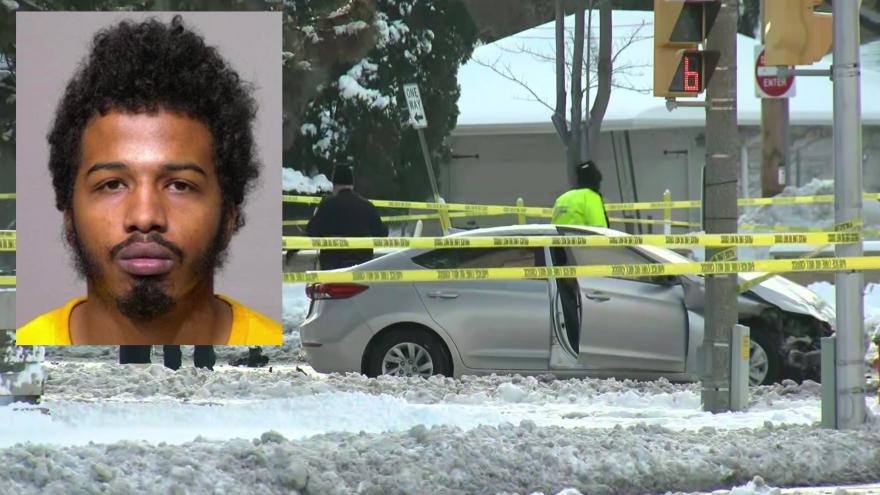 MILWAUKEE (CBS 58) -- A Milwaukee man is facing homicide charges after he allegedly caused a traffic accident that left one person dead on New Year's Eve.

Police say 24-year-old George Reel was driving between cars and ran a red light at 60th and Burleigh going at least 60 miles an hour.

He then hit a car that was going through the intersection. That car hit a pedestrian, a 36-year-old Milwaukee man, who died.

A 2-year-old child was also in the vehicle when the crash occurred and was not in a safety seat. The child was taken to Children's Wisconsin.

According to a criminal complaint, Reel was convicted in a fatal hit-and-run in 2016.

Records of the Wisconsin Department of Transportation show Reel's license to drive was revoked on Nov. 2, 2020 for five years for being a habitual traffic offender.