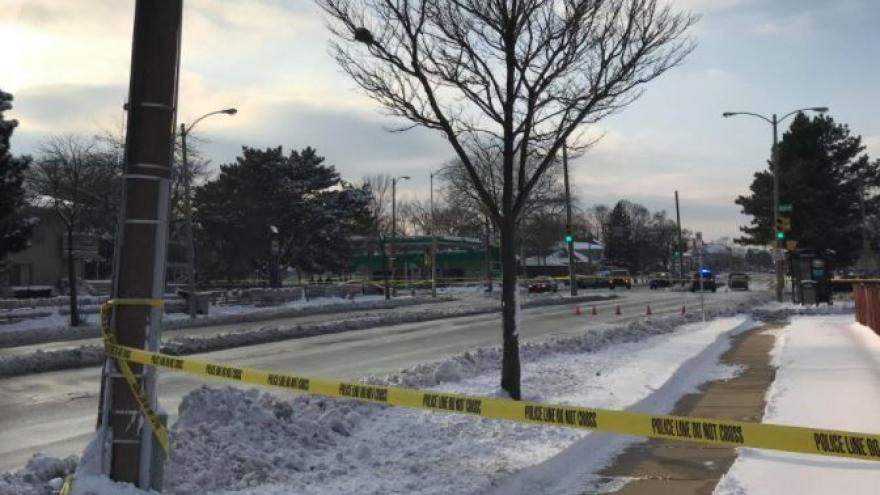 MILWAUKEE (CBS 58) – Milwaukee Police say one person is dead after being hit by a car near 60th and Burleigh on Thursday, December 31.

Police say it happened around 1:52 p.m. Authorities say a car sideswiped two others before going through a red traffic signal and hitting a third car. The impact caused the striking car to hit a pedestrian.

The pedestrian, a 36-year-old Milwaukee man, died as a result of his injuries.

The driver, a 24-year-old Milwaukee man, was arrested.

MILWAUKEE (CBS 58) -- At least one person is dead following a crash near 60th and Burleigh in Milwaukee on Thursday, Dec. 31.

Authorities were called to the scene just after 2:15 p.m.

According to the Milwaukee Fire Department, a child involved in the crash was transported to Children's Wisconsin, and an adult was taken to Froedtert.