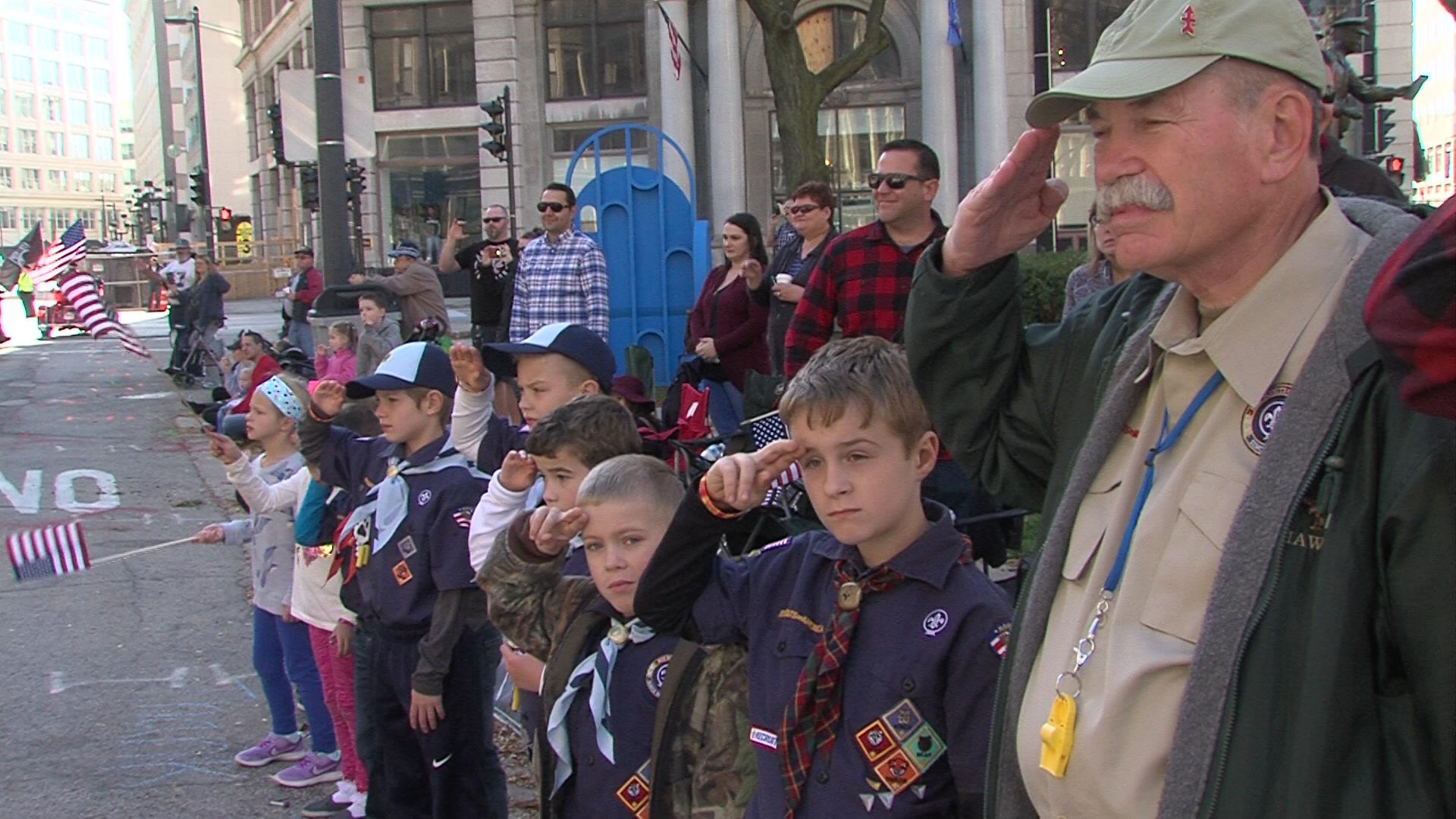 MILWAUKEE - A little early this year, but Milwaukee's Veteran's Day Parade did not disappoint. Hundreds came out to watch it wind through the streets of downtown Milwaukee before ending at Veteran's Park.

On a perfect November day, the roar of motorcycles filled the streets of downtown Milwaukee as veterans like Glenn Frank made their way towards Veteran's Park.

"It's mostly a matter of pride that I was able to serve my country, and then to come home alive, when many of my brothers were not able to," said Glenn Frank of Milwaukee. It's his 13th year riding in this parade - which features military vehicles, floats, and plenty of onlookers, all around to say thank you.

"Proud to see all these people here and see the crowd turn out, and wave flags and put signs up, welcome home. It's humbling."

Gary Bump has been riding in the parade for years - and says this year's turnout - lacked something from year's past.

"I don't see a lot of people on the parade route like it used to be. Weather, who knows. It would be great to see more people out for this."

He appreciates those who did show up, thanking a group that too often is forgotten.

"This is for the veterans that have served us, and done a lot for our country, and we need to remember that."

The parade was one of the largest in the area. If you weren't able to make it out yesterday, there are dozens of events planned for next Friday on Veteran's Day itself. There's a link posted on our website.