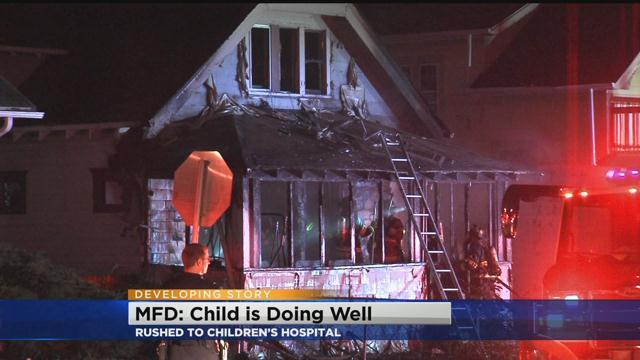 Chief Lipski said firefighters found a child on the second level.  Firefighters say the child initially appeared lifeless, but paramedics at the scene worked quickly to revive the child.  Chief Lipski told CBS-58 the child is recovering at children's hospital.

Fire crews also rescued a second person from the home, no word on that person's condition.

Chief Lipski said the fire is a reminder for all families to check their smoke detector.

"Not one of my firefighters making entry into this house has reported that they heard or observed any working smoke detectors in this house," said Chief Lipski.

Fire investigators are still trying to figure out how the fire started.