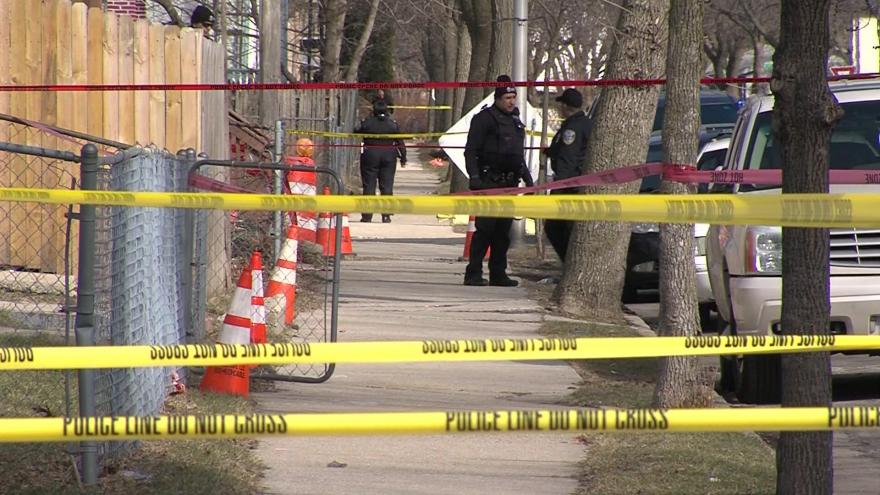 MILWAUKEE - A Milwaukee father and long-time city worker is the latest victim of gun violence.

The shooter remains at large and so far, there's no clear motive for the murder. Police tell us the man was shot in his vehicle near 23rd and Cherry.

Tonight, we're learning new details about the man killed. Detectives are going through what they found at the scene and through statements from witnesses. Words from one witness in particular who remembers walking up and finding the worker slumped over in the front seat of his car.

"The car was still running, but he wasn't moving," a witness said.

Graphic accounts of the vicious killing of a longtime city worker.

The Department of Neighborhood Services Special Enforcement Employee was on official city business at the time.

"Obviously we are going to be looking into what the motive of this horrific event was. We have been conducting a neighborhood canvas in an attempt to find an eye or ear witness to this event," Chief Flynn said.

"We are going to do everything we can to apprehend the crazy individual who took the life of the city employee," Mayor Barrett said.

The worker was going to do a house inspection on the block, which is part of what Neighborhood Services focuses on. DNS also does code compliance and neighborhood improvement. He was in  his 33rd year with DNS and his life ended today.

We aren't going to say his name out of respect for family, but CBS 58's Eric Levy talked to a close friend of his tonight.

She said while his kids were growing up, before going to his day job, he would work an early morning paper route just to pay for a family vacation every year.

That's the man who was killed this afternoon. He leaves behind a wife and children.