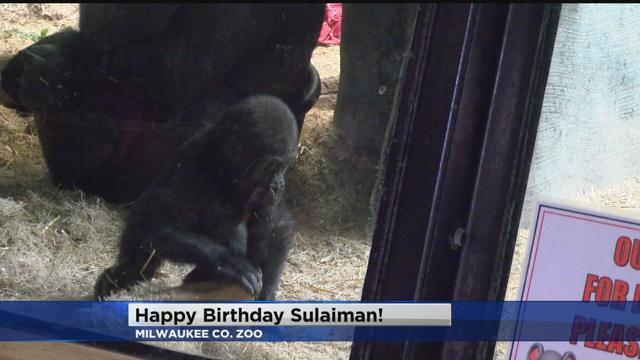 Sulaiman is turned one year old today. He was born at the zoo to mother Shalia and father, Cassius.

"It's interesting because the keepers say he thinks he's a tough guy right now but he only weights between ten and fifteen pounds so he's still pretty little they actually grow at a similar rate to human beings so at one year old he's like a one year old toddler basically," said Milwaukee County Zoo spokesperson.

To mark his first birthday, Sulaiman was given gelatin blocks and some seeds and peanuts scattered about his habitat.