MILWAUKEE (CBS 58) -- The Milwaukee County Zoo says their gorillas Cassius and Naku both died of gastrointestinal infections, now believed to be linked to E. coli that may have been in the exhibit's water system. 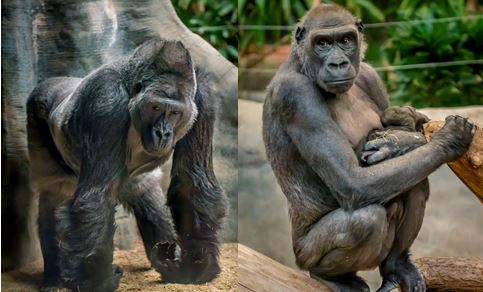 Cassius died on April 12 age 31 and Naku died about three weeks later on April 28. She was 17 years old. They left behind a baby gorilla, Zahra. As a precaution, all of the Zoo's gorillas were put on antibiotics and placed in quarantine.

The Zoo says the water systems in both the gorilla and bonobo areas have been disinfected and the water to the public was not affected. Zoo staff is also implementing new protocols to disinfect produce which can be another source of E. coli.  In an update on Thursday, the Zoo said the gorillas are no longer in quarantine but are still off exhibit.