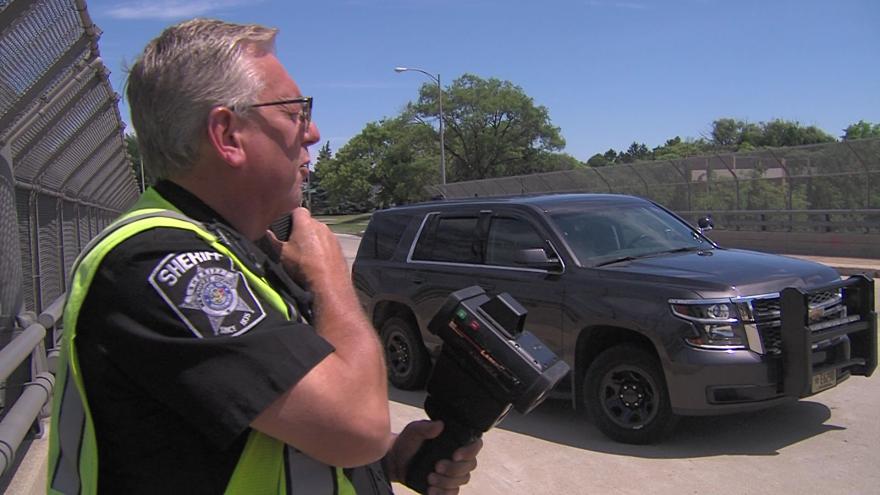 MILWAUKEE (CBS 58) -- The Milwaukee County Sheriff's Office is showing off new technology deputies have been using during saturation patrols.

Acting Sheriff Richard Schmidt showed the workings of the freeway saturation patrol he implemented in the fall. The Sheriff explained why his agency does random patrols and provided data showing the effectiveness of the initiative.

"We've got to get people out of this mode where it's okay to go 40-50 miles per hour over the speed limit weaving in and out of traffic, so we're not going after the slow, couple miles over the limit type of things. These are aggressive drivers that put people in serious harm," Sheriff Schmidt said.

According to the Sheriff's Department, there have been 2,500 crashes so far this year, many of which are caused by speed. The Sheriff hopes that new, high-tech radar guns will help lower that number.

"This year just from January, 17,000 citations. That's a lot of citations. The issue is showing that people still don't want to slow down," the Sheriff said.

Sheriff Schmidt says he's gotten a lot of positive response from people who have seen the saturation patrols along the roads.