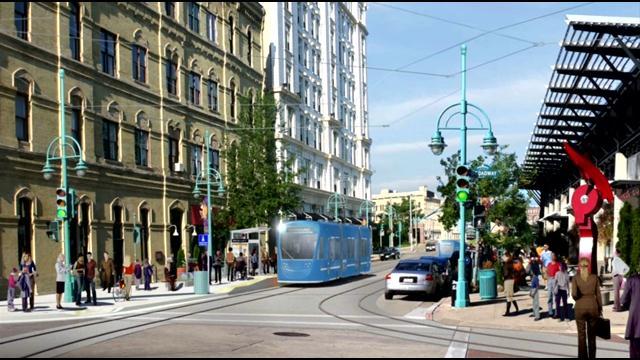 The Milwaukee Common Council will hold a decision on the streetcar proposal until next month. Alderman Joe Dudzik asked to hold the measure. It only needed three votes to hold, and five council members voted to hold.

Streetcar supporters and opponents came to Milwaukee City Hall Tuesday thinking a decision would he made, but they will wait until January 21 for a possible resolution. Lifelong Milwaukee resident Robert Weiland, a streetcar opponent, says the streetcar decision needs to involve a referendum. \"Even if they would vote yes or no, I'd still like to see it put on a referendum,\" Weiland said. \"Let the taxpayers decide this, not them [common council members] deciding it.\"

Developer and Philanthropist Michael Cudahy warned of the consequences if Milwaukee didn't develop light rail as other cities have.

\"If we don't get these kinds of things we're going to be 'Old Milwaukee' crawl into a hole with nobody doing anything,\" Cudahy told CBS 58 News.

Milwaukee Mayor Tom Barrett, the main supporter of the proposal, says Tuesday's vote was expected. But he feels strongly that the streetcar can be a huge asset to Milwaukee. Mayor Barrett says there could be a referendum about every issue but he says it is time to let elected officials do their jobs.

While it was expected that Alderman Donovan and Joe Davis who are also running for mayor would vote against the proposal, Alderman Dudzik was joined by Aldermen Jim Bohl and Tony Zielinski in delaying the vote into the new year.

It will give supporters and skeptics time to make their case and perhaps offer ideas of their own.

\"If anything spend more money on the trolley loop buses,\" suggested Weiland. \"Let them ride it for free. Run that route and see if it works first before you build something in the ground that you cannot move.\"