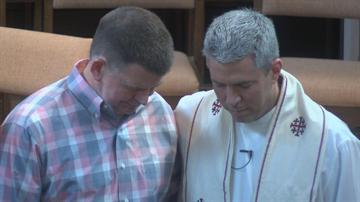 The service continued the celebration for Milwaukee's gay community following Friday's ruling that struck down the state's ban on same sex marriage.

However, the question still remains about what will happen next with the state's Attorney General asking for an emergency stay on the ruling and planning to appeal.

The decision on the emergency order could come down as early as Monday. After which an appeal can be filed.