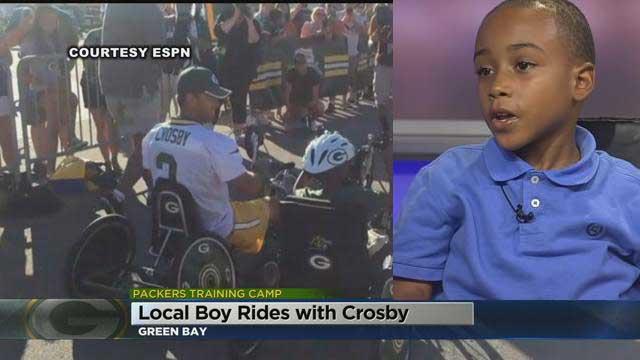 George has spina bifida, but that wasn't going to stop him from taking part in the Packers ride.

George and Crosby rode in on special adaptive bikes which George then got to keep.

The bicycle you peddle with your arms instead of legs.

“I taught him how to ride it,” said George.

The family stayed in Green Bay the night before the surprise.

His father said America Family Insurance worked with the Packers to bring them up.

His father said being a life-long Packer fan it was a dream come true.

“I was so happy for him and proud for him,” said George’s father.

George’s father said that he wants people to know that his son does not have disabilities he is just different and needs people to be patient.

When asked if he had fun, George responded, "It was very very much fun."