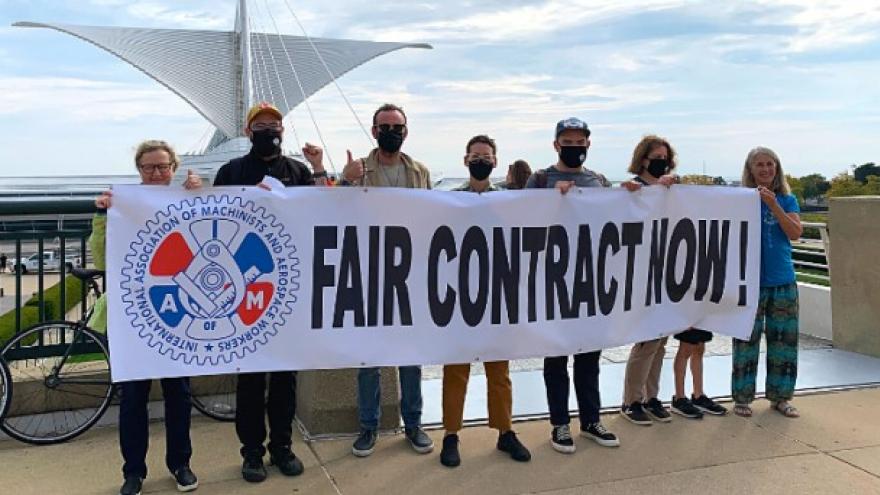 MILWAUKEE (CBS 58) --  Workers at the Milwaukee Art Museum (MAM) announced in a statement Wednesday, Oct. 27 that organizers are sending letters that call for increased wages, benefits, among other requests, to the MAM Board of Trustees in anticipation of the Museum’s annual membership meeting.

Officials say the annual membership meeting will be held virtually on Thursday, Oct. 28.

The announcement reportedly comes 11 months after the certification of MAM workers in a union election with the International Association of Machinists and Aerospace Workers (IAMAW).

According to the statement, workers are calling for "MAM leadership to provide living wages, increased access to health insurance, a workplace that fosters diversity and equity, and to achieve a first contract that recognizes the essential contributions of MAM workers to fulfilling the Museum’s mission and strategic direction."

Additionally, organizers for this movement say that "without providing fair and living wages to its workers, the museum will not be able to recruit and retain a diverse staff across all departments that truly reflects the Milwaukee community."

A link to a petition in support of this movement is available HERE.