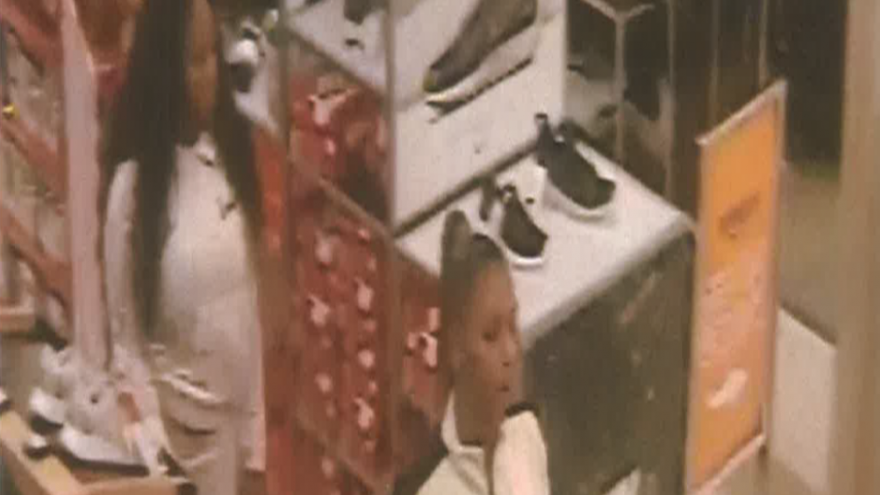 MENOMONEE FALLS, WI (CBS 58) -- Menomonee Falls Police are asking for the public’s help in identifying two women suspected of shoplifting nearly $500 worth of merchandise from the Kohl’s Department Store on Appleton Avenue on the afternoon of November 5.   The two were seen on store cameras selecting 12 different pieces of Nike merchandise and then exiting the store without paying for the merchandise.   The first suspect was wearing a black and white top and  blue jeans.   She was seen leaving the store and getting into a white 4-door car with a sunroof.   The make and model of the car and its license plate number are not known.   The second suspect was wearing a grey hooded sweatshirt and sweatpants.   According to the police, the first  suspect drove the car up to the front of the building as the second suspect exited the store with the merchandise.   The second suspect got into the car and both fled the scene.   Anyone with information is asked to contact the Menomonee Falls Police Department at 262-532-8700.