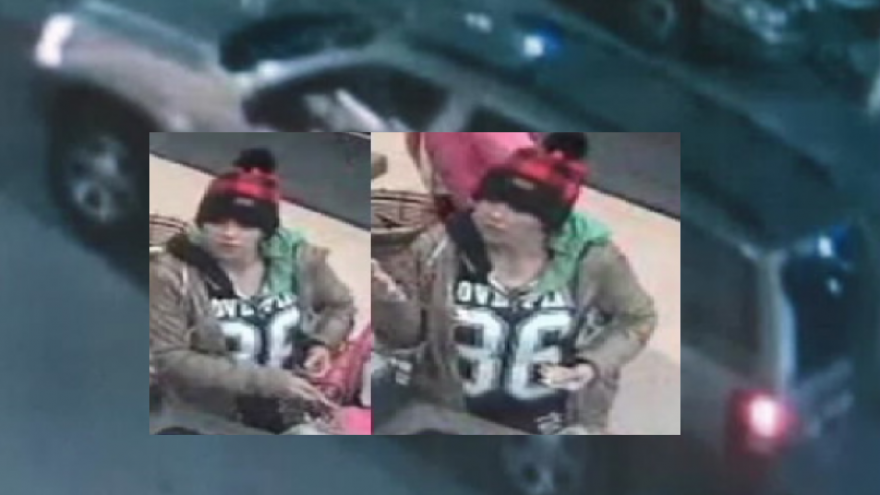 MENOMONEE FALLS, Wis. (CBS 58) -- The Menomonee Falls Police Department is asking the public for help in identifying a woman who stole numerous credit and debit cards from a locker at the YMCA in Menomonee Falls.

The female suspect then made numerous purchases with the stolen cards at area businesses.

According to police, the suspect is a white female in her 20's or 30's who is approximately 5' tall. She was last seen wearing a red and black knit cap, a tan jacket, a green sweatshirt, and red or maroon athletic pants.

The woman was accompanied by a younger female during at least one of the fraudulent transactions.

Police believe the suspect is driving a tan or silver Jeep SUV.

Anyone with information is asked to call Menomonee Falls Police or the Waukesha County Crime Stoppers.