Meet the 77-year-old Grandma Scaring Away Trouble in Milwaukee 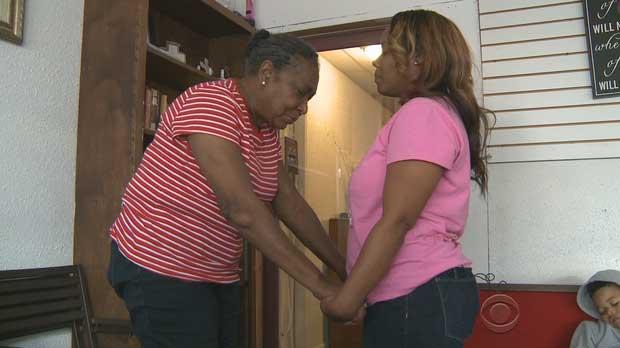 (CBS EVENING NEWS)  Her name is Martha Freeman, but on the tough streets of Milwaukee, everyone calls her Mama.

By night, this 77-year-old mother of five looks for trouble -- and stops it. The former corrections officer wields only two weapons: kindness and grit.

She says no one has hurt here when she confronts them on the streets, and she can handle herself.

"I think it's the respect, you know? Not the fear," Freeman continued.

"Give you an example: most boys nowadays walk around with their pants half way down. And what I usually say is 'Hey I like the color of those underwear!' And they will pull their pants up."

By day, Freeman delivers donated bread. She's kind of adopted the people in this neighborhood. "Either that, or they adopted me."

Behind the bluster, Freeman says, are young people who crave guidance.

April Bentley says she was a prostitute until she met Mama Freeman.

"She said you don't have to live that life. She planted a seed that no one had planted before."

A seed of hope, and the realization that no matter how bad things are, there's always someone -- even on the tough streets of Milwaukee -- who cares.