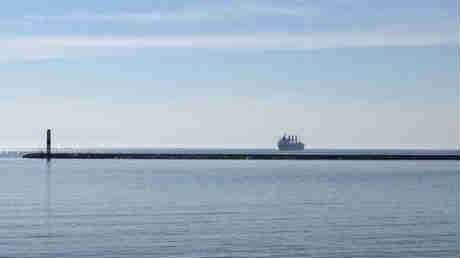 Mayor Tom Barrett announced that the Harbor District, Inc. and the City of Milwaukee Environmental Collaboration Office are among eight recipients of the Bloomberg Award for Partners for Places Grant Program - a project of the Funders’ Network for Smart Growth and Livable Communities. Mayor Barrett and HDI will use the $75,000 grant to engage residents near the Harbor District and make physical improvements to improve public access to the waterfront there, according to a release from the Mayor's Office. A coalition of local funders including the Brico Fund, the Fund for Lake Michigan and the Zilber Family Foundation have committed to providing an additional $75,000 in local match for the project.

The Harbor District includes the area between the Third Ward, Walker’s Point and Bay View neighborhoods on Milwaukee’s lakefront.  The District is home to the Port of Milwaukee and the Milwaukee Estuary, where the Milwaukee, Menomonee and Kinnickinnic Rivers flow into Lake Michigan.  The Harbor District served as the port and industrial heart of the city for more than one hundred years.  While industry remains and the Port continues to play a major role in our regional economy, large portions of the District are vacant, contaminated and in need of a new vision.

Revitalizing the economy and ecology of the Harbor District was identified as a catalytic project in Mayor Barrett’s ReFresh Milwaukee Sustainability Plan. The area has the potential to become a vibrant district with a restored neighborhood fabric and will help re-introduce Milwaukeeans to this modern working waterfront.

“We are making the Harbor District into a world class eco-industrial district that improves public access and features more sustainable features,” said Mayor Barrett.  “We want the Harbor District to provide industry jobs and be a model for social inclusion.  This project will help neighbors to reconnect with the inner harbor as both a community and economic asset.”

Mayor Barrett, HDI and other partners are working to create a vision for the future of the Harbor District through the development of a Water and Land Use Plan (WaLUP).  The Bloomberg Award for Partners for Places Grant will allow HDI to expand on the work in the WaLUP by engaging residents in a project to identify, design and build a public access point along the waterfront in the Harbor District.  While the area’s industrial character has kept the waterfront off limits to the public in the past, the future offers hope for reconnecting surrounding communities to the waters of the Harbor District.

The neighborhoods surrounding the Harbor District are some of the most densely populated and most diverse in the state.  Residents of these neighborhoods have limited access to recreational and/or green space and almost no access to the many waterways that flow through or near their neighborhoods.  Of the nine miles of waterfront in the Harbor District, there is only one place where the public can access the water.  This project will address these issues by working directly with residents to determine what type of spaces would provide value to their communities, where those spaces should be located and how they and their neighbors access those spaces.

The project will begin in the fall of 2016 with outreach activities in the neighborhoods surrounding the Harbor District. The project will be completed by the end of 2017 with construction and/or improvements made to a public space along the waterfront in the District.