Massive fire in Orion Township, gas line explosion could be cause 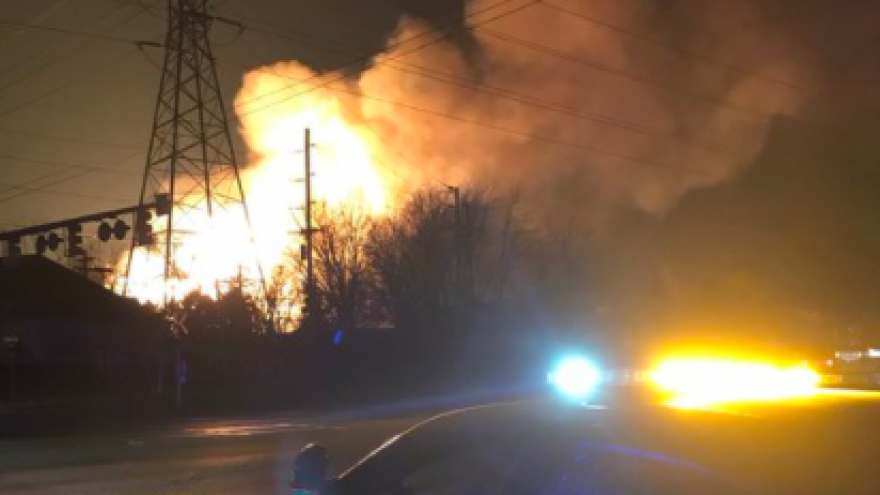 ORION TOWNSHIP (WWJ) — Orion Township fire crews are on the scene this hour where a massive fire is burning near Brown and Joslyn Roads.

Reports suggest a gas line may be burning, but authorities have yet to confirm. Several witnesses say flames can be seen hundreds of feet in the air. It is near Miller Landscaping and Orion Stone Wholesale.

Witnesses calling into the WWJ Traffic Center have said they can see the flames from as far as 25 miles away. Dana Bush of Orion Township is one of those who called about the fire and said he could feel the heat of the fire from about half a mile away.

“There’s what looks like a major gas explosion,” Bush said. “It looks like it's from the Consumers (Energy) regulator plant at Joslyn and Brown Road. I’m here behind the Sam’s Club and I’m a half a mile away from it, the flames are probably 150-200 feet in the air. I can feel the heat from here. You can hear the noise in the background, it sounds like a jet engine.”

A nearby Meijer and Costco have reportedly been evacuated.

There’s no word yet about the extent of the damage or any injuries.

Stay with WWJ Newsradio 950 and CBS Detroit as we continue to gather more information.