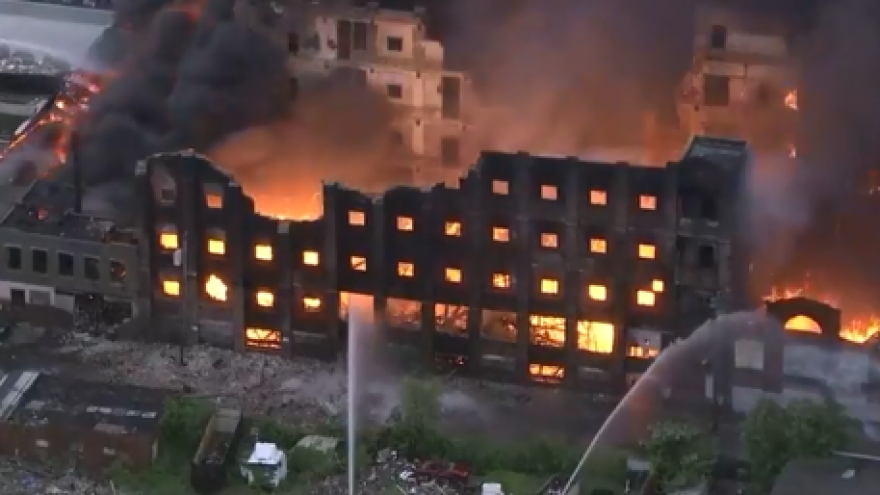 PHILADELPHIA (CBS) — A massive fire broke out at a warehouse in North Philadelphia on Friday evening.

Crews are battling the four-alarm blaze on the 2100 block of Lippincott Avenue.

Video from Chopper 3 shows flames shooting from the roof of the building. The fire has caused a partial collapse.

There have been no reported injuries.

Stay with CBSPhilly.com for this developing story.