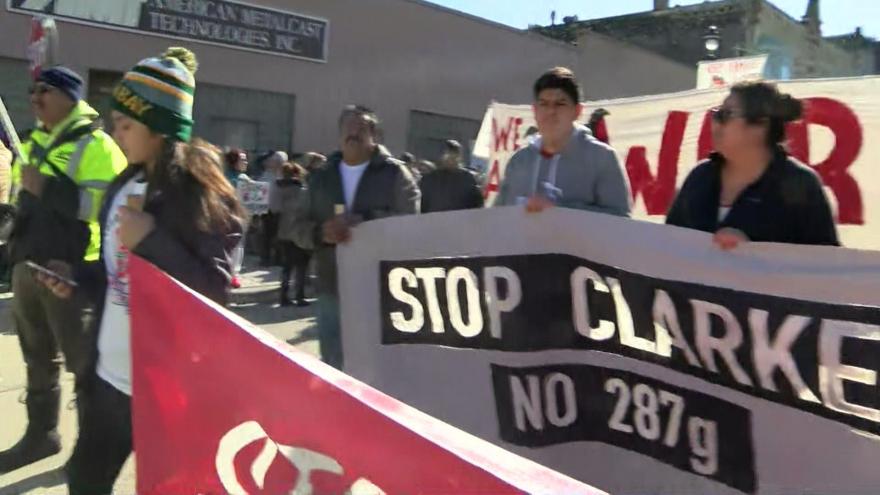 As many as 1,000 people are gathering on the south side of Milwaukee for a march on the Milwaukee County Courthouse in an effort to stop Sheriff David Clarke from turning Sheriff’s Deputies into immigration agents.

Voces de la Frontera is organizing the march and rally as part of a Day Without Latinos, Immigrants and Refugees.

The protestors are gathering at the Voces headquarters at 1027th S 5th Street and will then march the two miles to the County Courthouse.  They will then hold a rally at the Courthouse in response to  Milwaukee County Sheriff David Clarke who has declared his intention to enroll his department in the federal 287g program, deputizing his Deputies to act as Immigration agents.

Organizers expect as many as 20,000 people to travel to Milwaukee from Appleton, Green Bay and Madison.