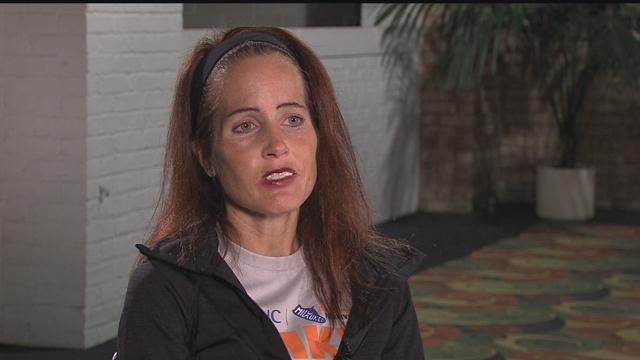 The mistake could have cost some elite runners their spot in the Boston Marathon.

More than a dozen actually ran more than the 26.2 miles during the Milwaukee Running Festival on Sunday.

But it wasn't the festival's fault.

Race officials say extra miles had to be added on to the route after the course was recently measured. But even so, runners are required to know the route, even if its not marked.

26.2 miles. Cruising past the lakefront, sprinting down Sherman Park Boulevard, circling around Hank Aaron park. It's a route specifically created to qualify runners for the Boston Marathon.

"You have to have a course measure by someone from the US Track and Field Organization," said Chris Ponteri, race director.

Around 1,000 people competed in the marathon at the PNC Running Festival but about 10-20 of them ran more than the 26.2 miles without knowing it.

There's a spot on the Hank Aaron Trail where the runners were supposed to turn around. It's clearly marked on the ground, and there were cones. But for some runners those cones were gone,s o they kept going, some for more than a mile.

Ponteri says sometime after the fifth runner someone threw those cones into the ravine.

"I think it was more an act of vandalism," he said.

Race officials caught on within minutes, but not before at least a dozen people, like Denise Manthy, passed the turn around.

"The last 10 miles were pretty tough. That's when you have to use your mental toughness,"she said.

Amazingly, even with running more than 28 miles, and battling a cold Manthy was the top finishing female.

"She's definitely class of the field on the female side if she was able to win the race after running over 28 miles. That's impressive," Ponteri said.

More than 300 people were working this race, and Ponteri says you can be sure this won't happen again next year.

"Definitely a flukey thing. There's hundreds of marathons that happen every year, year after year and I've never heard of anything like this happening," he said.

All of the runners impacted had their entry feeds returned and will be able to run the race for free next year. Ponteri doesn't believe this impact any runner's Boston Marathon qualification.