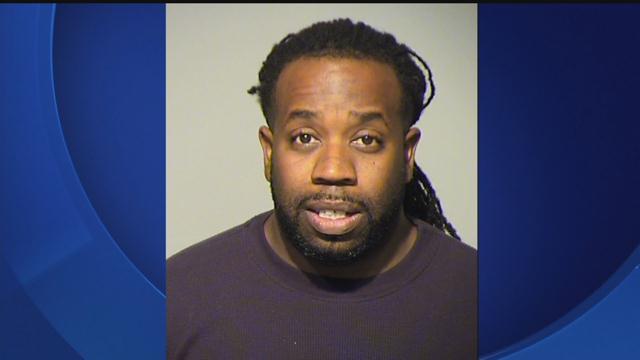 A 37 year-old has been arrested for allegedly sexually assaulting a 15 year-old boy in the bushes of the vacant American store parking lot in the 6700 block of Brown Deer Road.

He was identified when the suspect sent a friend request to the boy.

The boy said he was walking home when Dantzler approached him holding a gun. The boy thought he was being robbed, instead he was pulled into the bushes, strip searched, and brutally assaulted.

On July 19 that assault went on for almost 10 minutes, there was no one nearby to help.

The teen said Dantzler told him "Don't do nothing, just do exactly what I ask you."

During the violent encounter, Dantzler questioned the boy, asked him where he went to school, asked if he had weapons, and then made a bizarre exchange, according to Brown Deer police officer Brad Caddock.

"The suspect did ask the victims name, then at the very end of it, he did give him some money.Which was very confusing to the victim," said Caddock.

Dantzler threw two twenty dollar bills at the teen before running off. The boy thought he'd never see his attacker again until a month later a shocking friend request showed up on his Facebook page.

Resident Joyce Dixon said the incident is very upsetting, but sadly not surprising.

Dantzler was arrested, but is currently out on $5,000 bond. He's been ordered not to have contact with anyone under 18 and has a court hearing Thursday. The teen had extensive injuries from the assault.

Brown Deer Police believe other children may have been assaulted by Dantzler and are encouraged to call 1-800-THE LOST.

RELATED LINK: Dantzler appears in Court; Out on $5,000 Bond