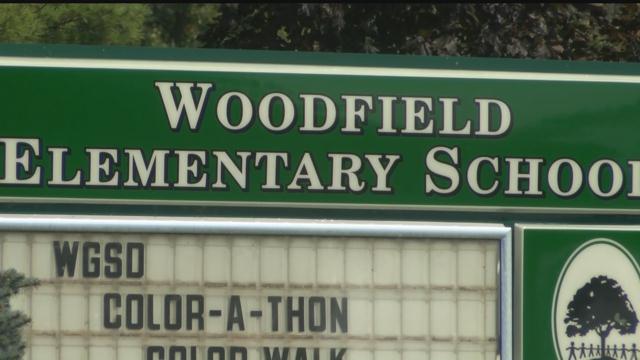 Parents tell CBS58 they knew something had happened at the school, but had absolutely no clue what it was.

Parents were sent an audio recording from Principal Shirly Guelig. She said in part, “there was an incident last night at Woodfield School. Police have secured the building, investigated the incident, and assured us there are no safety concerns.”

Details of what happened were not included in the message. Guelig said on the message, “As a parent it is your decision whether your child attend or not.”

Some parents told CBS58 they didn’t have enough information to feel comfortable sending their children to school. Other parents decided to keep their children home.

A grandfather, Jerry Schroeder, said,  “My daughter decided to keep my granddaughter home.”

The incident turned out to be 18 year old Daniel Miskelley found on the school’s roof at nine Monday night.

He told police he was looking for a ball. Police looked inside his car which was parked on a school lot, and they found unloaded guns. Miskelley was arrested and cooperated with police.

A few police cars sat outside the school Tuesday morning.

Just before 11am, parents were sent another message. This one form the district’s superintendent laying out the full details, and told parents nobody was in danger at any point.

A man was walking around the roof of Woodfield Elementary School in the Village of Waterford on September 14 at 9:00 PM.

Miskelley indicated he was on the roof in an effort to retrieve a ball.  During the course of the investigation by deputies and investigators unloaded firearms were located in the trunk of Miskelley’s vehicle which was parked on school property.

Miskelley was arrested on charges of criminal trespass and possession of a firearm on school property.  He is incarcerated in the Racine County Jail.

Miskelley was cooperative during the incident.

School officials were kept abreast of the investigation throughout the course of the night and morning.

At this point there is nothing to indicate that any students or staff are in danger.  Woodfield Elementary School is open today.