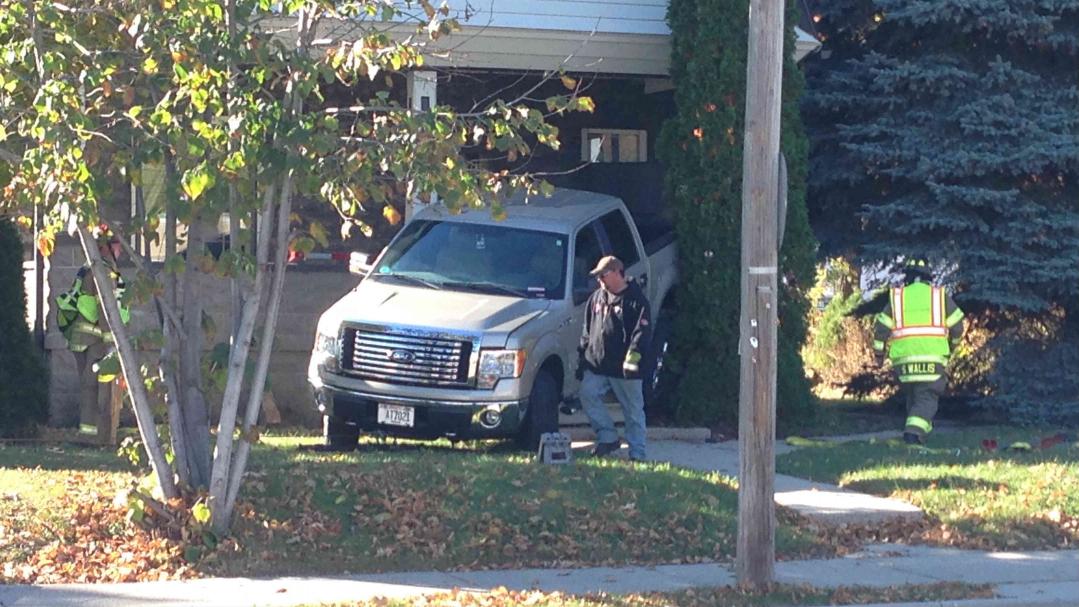 A South Milwaukee man is taken to a hospital after he was hit by his friend's truck Sunday afternoon at a house on Chicago Avenue.

CBS 58 has learned the truck backed up and slammed into the front porch of the house causing a lot of damage and sent the homeowner to the hospital with a lower leg injury.

"It appears as though the driver was here to assist in the removal of a radiator from the residence and that he simply moved his foot off the gas pedal or off the brake onto the gas pedal," said Lieutenant Chad Milow with the South Milwaukee Fire Department.

The friend who was driving the truck will not be charged. The officer at the scene called this an "unfortunate accident".