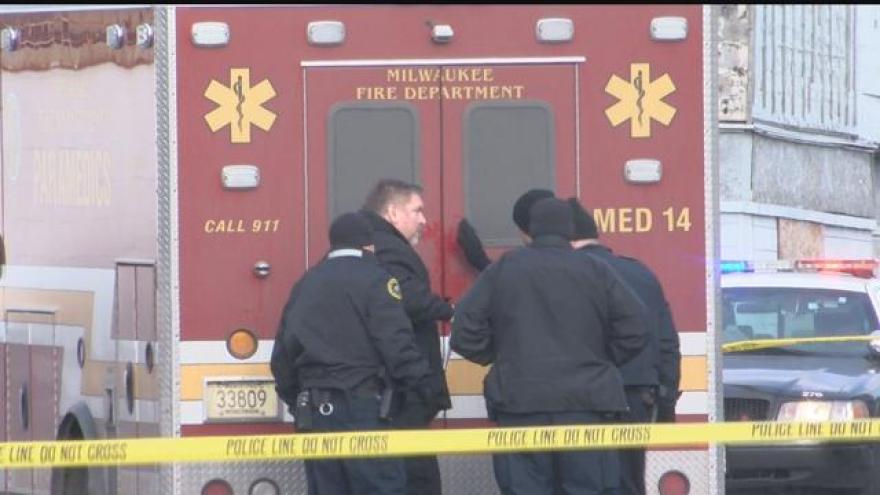 Milwaukee police caught the man they say beat a gas station worker to death. The victim chased a shoplifter out of the store and paid with his life.

Many customers say the victim Harjinder Singh was a good man who they miss seeing behind the counter here.

The gas station owner says - he feels the same way and is glad the man who police say killed him is behind bars.

Surveillance video caught him in the act - trying to rob the BP gas station on 27th and Lisbon.

However, it was a witness - who identified Derrick Williams as the man who killed 33 year old Harjinder Singh.

We spoke to the gas station owner who didn't want to show his face for fear of more trouble.

"He was a really good employee working hard for his family," says the owner.

According to the criminal compliant after Williams tried to rob the store - a witness says Harjinder Singh chased him out.

Singh ran outside after him swinging a bat. When he thought he was gone, he threw the bat toward Williams and shouted "Don’t come back."

As he was walking back inside Williams picked up the bat and hit Harjinder Singh in the head.

It also shows Williams hit him 3 times, Singh fell down knocked out and helpless.

The witness says Williams didn't stop and hit him eight more times in the head.

A Milwaukee firefighter tried to save his life but Harjinder Singh died from a fractured skull and damage to his brain.

"That kind of people we don't want them in the community they will harm someone else," says the owner.