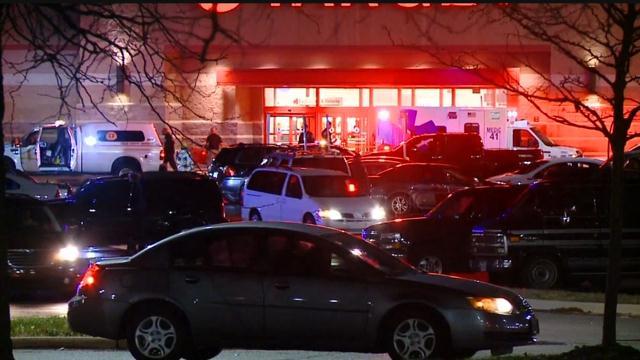 On Wednesday, October 28 at approximately 6:00 PM the City of Brookfield Police Department responded to a report of a shooting which occurred in the area of Calhoun Road and Burleigh Road. The investigation revealed that a 30-year-old female driver and her 27-year-old husband were driving on Capitol Drive in the area of Pilgrim Road when they believed they were being followed.

The victims eventually traveled east on Burleigh from Calhoun when they were shot at by a suspect in another vehicle also traveling east on Burleigh. In the back seat of the victim's vehicle was their almost two-year-old son.

The male passenger was struck twice by bullets, in his chin and in his thigh and has since been released from the hospital. Fortunately, the wife and son were not struck by gunfire. The victim and suspect had met briefly just prior to the incident.

After the initial investigation by Patrol Officers they were met at the scene and the hospital by Detectives from the City of Brookfield PD. The investigation continued and within a couple of days the suspect and his vehicle were identified. Last week, a search warrant was executed and the suspect was taken into custody.

The suspect vehicle and the firearm believed used in the shooting were recovered pursuant to the search warrant. The suspect has been in jail since last week on related pending Federal charges for possession of a firearm by a felon. The suspect was also on Federal probation for a drug offense at the time of the shooting.

Charges for the shooting are being referred to the Waukesha County District Attorney. The suspect will not be identified at this time but is a 30-year-old male from Milwaukee. The identities of the victims are not being released.