Man accused of stealing $300,000 Ferrari after asking for gas money 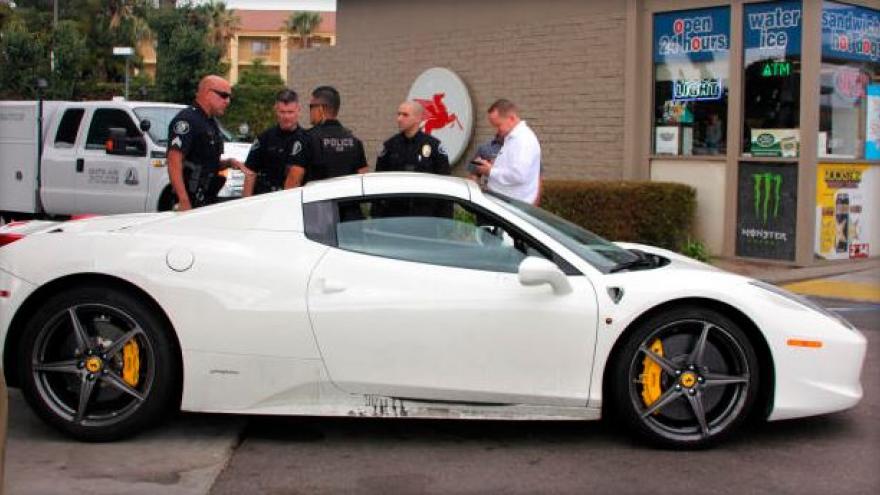 Authorities say the 458 Spider was brought into a Costa Mesa service center and stolen in October after a worker left the key on a passenger seat.

Security video showed a man in a Ferrari jacket walking onto the lot and taking it.

Santa Ana police Cpl. Anthony Bertagna said officers subsequently responded to a report of a Ferrari driving erratically and stopped at an intersection, and to another call that the driver was asking for gas money.

The exotic car was spotted at a gas station, where the driver ran off and was found and arrested behind bushes near a Holiday Inn, police said.

The Los Angeles Times says the car was trashed, with emblems torn from the body, cracked fins and a destroyed gearbox.

The Times said insurers paid the owner, who used the money to buy a 2018 Lamborghini Huracan.