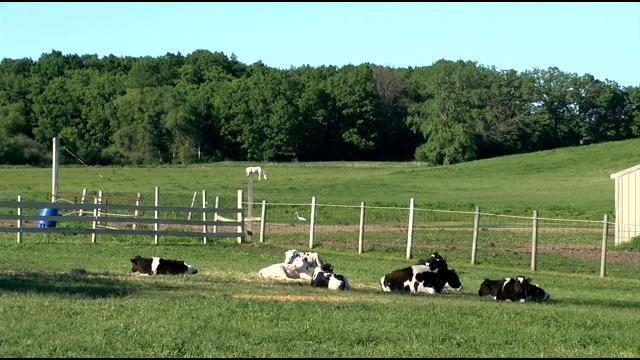 On May 22nd detectives were called to Schmeckel's property after an employee with the Department of Agriculture noticed corpses of five calves.

When deputies responded they discovered several more deceased calves on the property. As deputies approached a barn on the property they noticed a strong order of decomposition. Inside the barn police observed seven live cattle along with an estimated 20 carcasses in various stages of decay. The live cattle were extremely skinny and standing on three feet of feces from wall to wall.

Detectives did not observe any food or water in the barn. The straw was covered in manure, of which the calves were eating.

Police also discovered numerous carcasses and skeletons around the property. The total estimated number of deceased animals on the property was 45 to 50 carcasses.

Schmeckel's bond was set at $50,000 and a preliminary hearing is set for September 10th.