Fuentes was an EMT-firefighter for the department.

A news release from the Village of Hales Corners Tuesday, Dec. 15 reads in short: 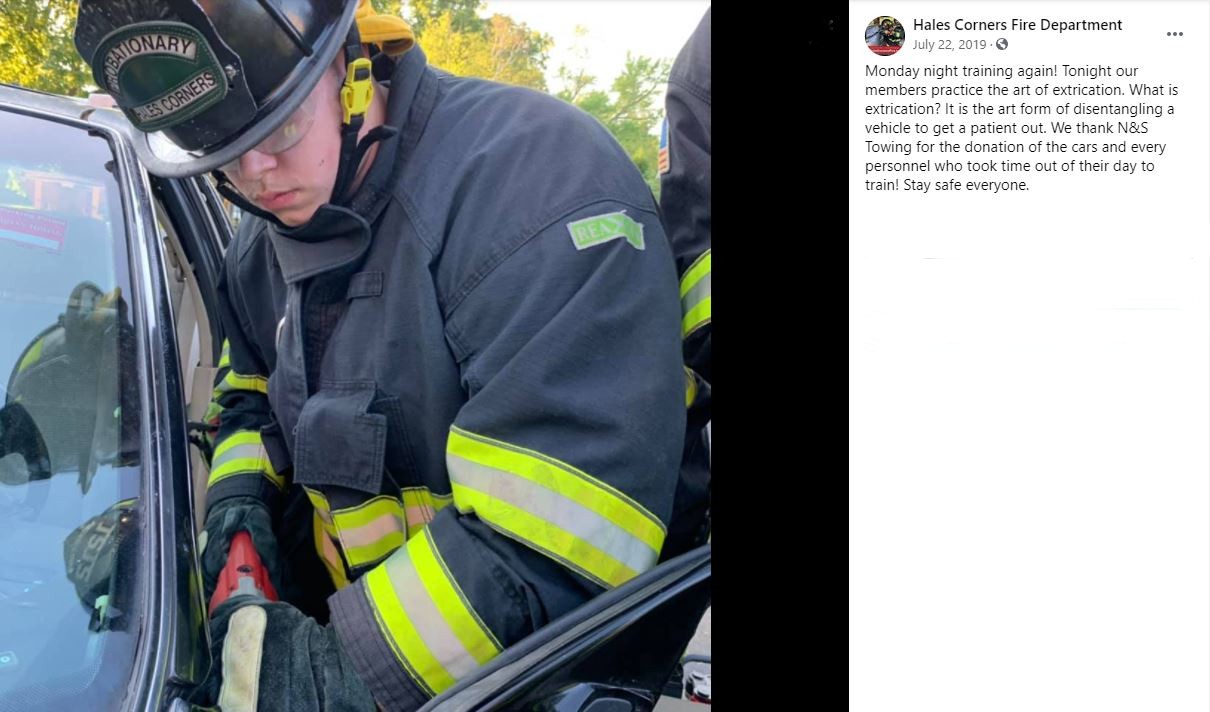 "Caesar Fuentes tendered his resignation, I was able, with the help of the Milwaukee Sheriff's Office, to get that signed through the jail yesterday," said Hales Corners Fire Chief Peter Jaskulski Tuesday.

The Fire and Police Commission accepted the resignation unanimously.

According to a criminal complaint, Fuentes and Nicholson were inside the bar Site 1A on Dec. 6, arguing over who had the better high school basketball team. It says Fuentes threw out a few racial slurs and Nicholson punched him.

Nicholson was asked to leave the bar. The bar video shows Fuentes walking out the bar too, moments later.

Nicholson made a few calls while outside, and the person on the other end of the phone heard several gunshots. Police arrived and found Nicholson in an alley surrounded by his family.

"I thought when we arrive there would be ambulance, police everywhere, we're going to be blocked off where we won't be able to get to him, but that's not the case," said Nicholson's mother Laura.

She can't believe a firefighter could leave her son to die without trying to help him, or call for help.

"You're sworn in to protect the people, you're sworn in on an oath, and this is what you do? You shoot a man down and leave him to die?" she said.

"When he turned himself in did he give a location of where he was? Did he try to resuscitate him?" said Nicholson's father Andre Sr.

The criminal complaint says Fuentes turned himself in shortly after the shooting. His cash bond was set at $75,000.