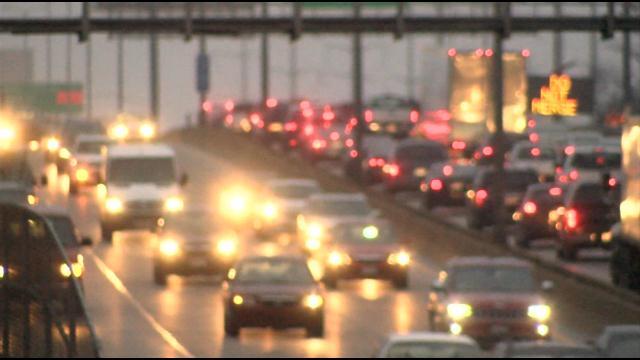 Frank Laporte had a simple, concise account of his Monday rush hour commute. \"It kinda sucked,\" he said.

Many other drivers likely echoed Laporte's sentiment, as WisDOT reported westbound I-94 was backed up for miles Monday night.

Early Saturday morning, the state closed the far left lane of westbound I-94 between 68th and 84th street, a one-mile stretch near State Fair Park.

To get through this stretch, WisDOT is asking drivers to navigate what's called a \"zipper merge\" to get from three lanes down to two.  According to WisDOT, being courteous is key to making the zipper merge move smoothly. But drivers like Telisa Hopgood say that isn't happening \"with the left lane closed, people don't want to let you in,\" she said.

Until drivers get used to the zipper merge, taking an alternate route might be the fastest way to get around. WisDOT recommends Greenfield Avenue, but dipping further south to to National Avenue or Lincoln Ave might offer the least resistance. North of I-94, with construction on Bluemound Rd., Watertown Plank Rd. or even North Ave. are good options.

The left lane on I-94 will stay closed for one year. Mike Pyritz, spokesperson for WisDOT, expects traffic conditions to improve as drivers get used to the lane closure, and plot alternate routes.