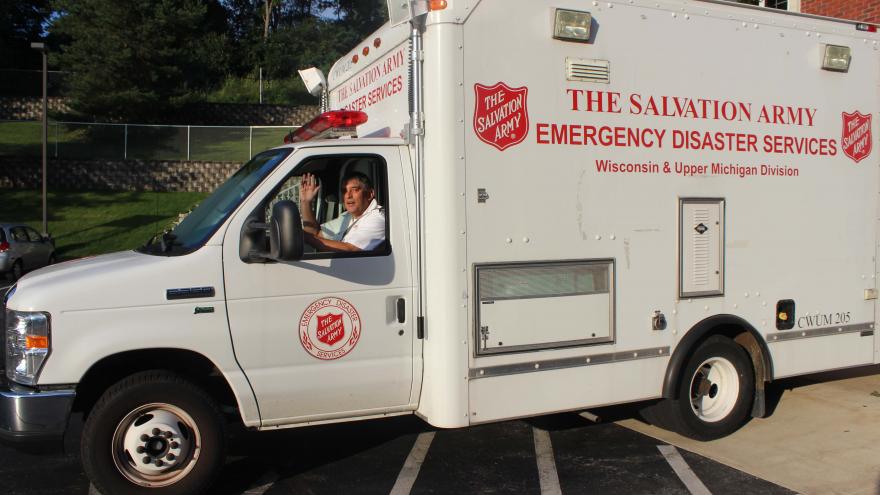 WAUKESHA, Wis. (CBS 58) -- The Salvation Army deployed a local network of trained disaster staff and volunteers to the Gulf Coast to provide food, hydration, clean-up kits, hygiene supplies, and emotional and spiritual care to first responders and survivors. Multiple staging centers have been established throughout Texas including Houston, San Antonio, Victoria and Arlington.

Four volunteers left southeast Wisconsin Saturday morning. Additionally, three chaplains with The Salvation Army in Milwaukee County remain on standby. They are expected to be deployed next week to provide emotional and spiritual care.

“Response efforts to this catastrophic weather event will be costly and last for years,” said Major Steve Merritt, the Divisional Commander of The Salvation Army in Wisconsin & Upper Michigan. “With generous public support, The Salvation Army will be here to help the millions affected by Hurricane Harvey for as long as they’re in need.”

On Thursday, August 31, The Salvation Army of Wisconsin & Upper Michigan teamed up with CBS 58 to raise money for the survivors. During the 12-hour phone bank, $181,537 was raised. 100 percent of gifts will be used in support of those affected by Hurricane Harvey.