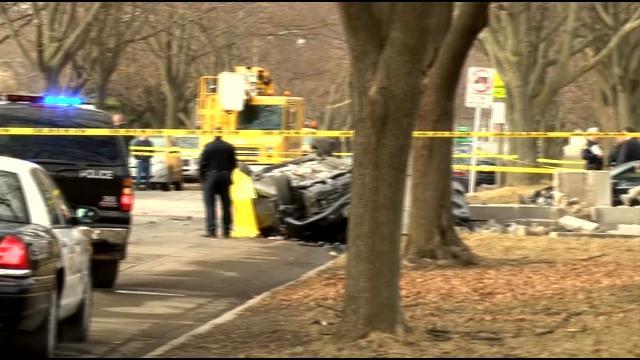 A stolen vehicle have led to the teenage driver and passenger both in the hospital under police watch and will be taken into custody once they recover. Both have arrest records dating back three years. Police say the teens ran a stop sign yesterday before colliding with another car near near Lloyd and Hi MountBoulevardd in Milwaukee. The two men who died have been identified as 17-year-old Jamar Canady and 16-year-old Marquise Tate. The 47-year old man in the other car is okay.

Jim Tolkan, President of the Auto Dealers Association says, \"A majority the cars being stolen have a limited type they are older cars they are cars not equipped with the type of precautions against theft.\"

The cars targeted are 2005 or older and are Chrysler's, Toyotas, and Hondas.

Tolkan says, \"There's probably about 5000 of those types of cars in the greater Milwaukee area that are easy to steal.\"

They won't say how the device works, only that it makes it too time consuming to steal the car

\"You're not going to screw around with it because you can't get in the car get it going and leave within a minute or so.\"

Anything to prevent crime from ending in loss.