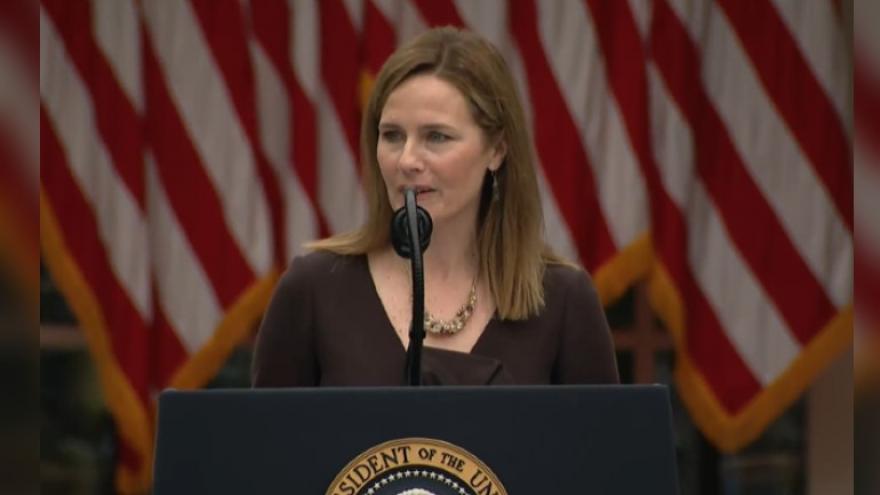 “The idea is we will do the things we got to do, we’re going to do them quickly so we can get them done, so we don’t linger on them any longer, so we don’t allow anymore opposition to develop," Chad Oldfather said.

Oldfather says with this nomination, everyone is anticipating there will be a different set of votes than when Ginsburg was in the chair, particularly abortion rights. Democratic Congresswoman Gwen Moore is concerned about Barrett's decision-making.

“I think all Americans should want a Supreme Court that defends the constitutional rights and doesn’t legislate from the bench and that’s exactly the kind of Justice that Amy Coney Barrett will be," Casey Maddox said. Maddox is the Vice President of Judicial Strategy for Americans for Prosperity. It's a conservative group.

Congresswoman Moore says unfortunately she knows Republicans have the power and they are going to push Barrett through to be nominated. She says this should energize Democratic voters.

“We need to fight, we need to put up our argument, why we ought to have nominations. The bottom line is people need to vote," Moore said.

Maddox tells CBS 58 Barrett was someone who was recently in front of the Senate a few years ago so it’s a no brainer they will confirm the nomination.

“They are pretty familiar with her and her record. I think ultimately they will look at her record and realize she is someone who understands the role of a judge," Maddox said.

President Trump says if Barrett’s nomination is confirmed—she will be the first mother of school-aged children to serve on the court.