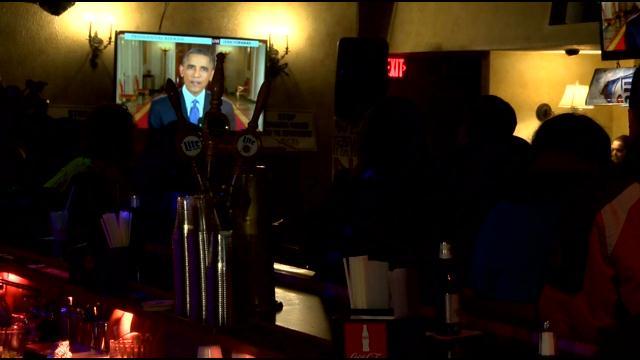 \"What's going to happen to the other half of the people who didn't get into his program,\" said Jorge Maga, an undocumented immigrant from Mexico.

Maga moved to the United States when he was 15 in search of a better life, he is one of an estimated 11-million immigrants living in America.

Local activists with immigration rights group Voces de la Frontera say Thursday's announcement is a victory, but their fight for immigration reform is not over.

\"There are a lot of people we love and care about who are not included and equally deserving,\" said Christine Neumann-Ortiz, Executive Director of Voces de la Frontera.

Neumann-Ortiz emphasizes, there are still 6-million undocumented immigrants who will not benefit from the new policy, but believes it is a step in the right direction.

Not everyone is happy with the President's decision.

\"I really don't like the idea that he feels without congress acting, he can go unilaterally,\" said Rep.-Elect Glenn Grothman (R-Wisconsin).

Republicans agree there's tremendous need for immigration reform, but Grothman says this isn't the answer.  He says the president should first focus on enforcing existing immigration policies and secure the country's borders.

Regardless of where they stand in the country's immigration debate, people on both sides of the issue agree more must be done.

Officials with Voces de la Frontera say they are prepared to organize more demonstrations to help the 6-million people who will not benefit from the new policy, keep their families together.