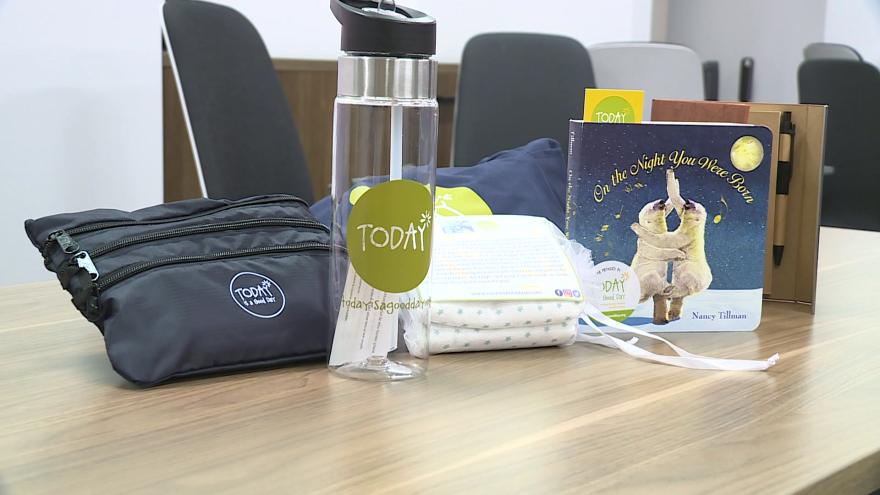 The event, Do Good with Food, was started by the Milwaukee Kitchen Cabinet and Gino and Leanne Fazzari in 2019, and is held near their daughter Vivianna’s birthday, whose life was saved by the Emergency Department and Trauma Center and Neonatal Intensive Care teams at Children’s Wisconsin shortly after being born.

“I can’t imagine what our life would be without Vivianna. Our family is incredibly thankful to the 34 restaurants and breweries — 27 of which are new — who will help recognize the miracle of our daughter,” said dad Gino Fazzari, owner of Calderone Club Downtown and San Giorgio Pizzeria Napoletana and Milwaukee Kitchen Cabinet board member. “More importantly, they are helping support the miracles that happen every day at Children’s Wisconsin. I hope every one of their establishments are full, so we can raise more money and help save the lives of even more kids.”

Vivianna was born in 2013. Shortly after bringing her home, her parents noticed that she was lethargic and her skin was losing its pink color. The Fazzaris knew Children’s Wisconsin was the best place for their daughter and drove straight there.

As Leanne carried her new baby into the Emergency Department, Vivianna stopped breathing. A Children’s Wisconsin nurse walking out of the Emergency Department took one look at the baby, grabbed the car seat and rushed her inside. A code blue was called, alerting the emergency team that a child had stopped breathing and needed to be resuscitated. While the team was able to revive her, she was unable to breathe on her own, so she was put on a ventilator and admitted to the Neonatal Intensive Care Unit (NICU).

That first night, Gino and Leanne were told their baby might not make it. She was still not breathing on her own and doctors were unsure what the cause was. Vivianna persevered, and, during her 27-day stay in the NICU, doctors determined a thoracic duct tear was the root cause. During feeding, the tear caused breast milk to leak into her chest cavity, which ultimately forced one of her lungs to collapse and her heart to shift its weight onto her other lung, suffocating her. Thanks to the quick diagnosis and expert care, today Vivianna is a happy, thriving young girl.

“If it had not been for the quick thinking and highly skilled team working that day, our daughter would not be here with us today,” said mom Leanne. “Few emergency departments can, without notice, time to prepare, or proper diagnosis save a fully coded newborn.”

From downtown to the suburbs, and from casual fare to fine dining, this year’s lineup of restaurants and breweries caters to everyone’s taste. Many participants are Milwaukee Kitchen Cabinet members, a subcommittee of the Wisconsin Restaurant Association committed to growing industry opportunities and strengthening the communities where its members live and work.

16. Lou Malnati’s (Fox Point – Carry out and delivery only)

17. Lou Malnati’s (Greenfield – Carry out and delivery only)

18. Lou Malnati’s (Waukesha – Carry out and delivery only)

“We are incredibly grateful to the Fazzari family and all of the participating restaurants and breweries,” said Christine Baranoucky, vice president of engagement and stewardship, Children’s Wisconsin Foundation. “Funds will not only support the Emergency Department and NICU, but also the new Nourishing Partners Program, which helps address the challenges that can limit access, availability and stability of nutritious food.” Visit Children's' Wisconsin to learn more.