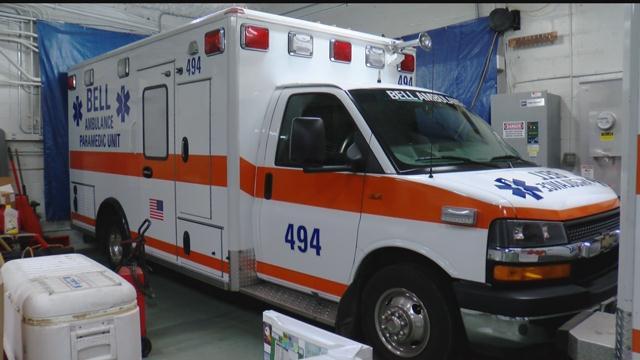 When Nadal Hasan shot and killed 13 people at Fort Hood in Texas in 2009, Brianna Vorpahl was there.

"I jumped in a vehicle with some people and one of the guys that jumped in with us was shot, so we ended up having to help him out along the way," Vorpahl said.

In an instant, she put the little bit of medical training she had to use.

"I ended up being stuck at the hospital helping take patients out from the ambulance in to the emergency room," she said.

Today, Vorpahl is out of the military, and doing what she feels is her calling, helping keep people alive. Vorpahl is one of nine recruits going through a job shadowing program through Bell Ambulance. Bell shows them the ins and outs of the job, and pays for the EMT Basic course at MATC.

If they pass, and get certified, they'll have a full time with Bell.

"We're gonna be producing our own EMTs, our own Bell Ambulance trained EMTs, that we're putting through EMT course," McCann added.

The goal is to get more EMTs out there.

"A lot of people are interested in the career, yet they just don't know how to get in to it, and sometimes it's expensive at first," McCann said.

Being an EMT is Vorpahl's calling.

"Exciting, I'm glad I can be there for them," she said.

If you'd like to learn more about this program, you can email Dan McCann Jr. at Cadet@264bell.com.