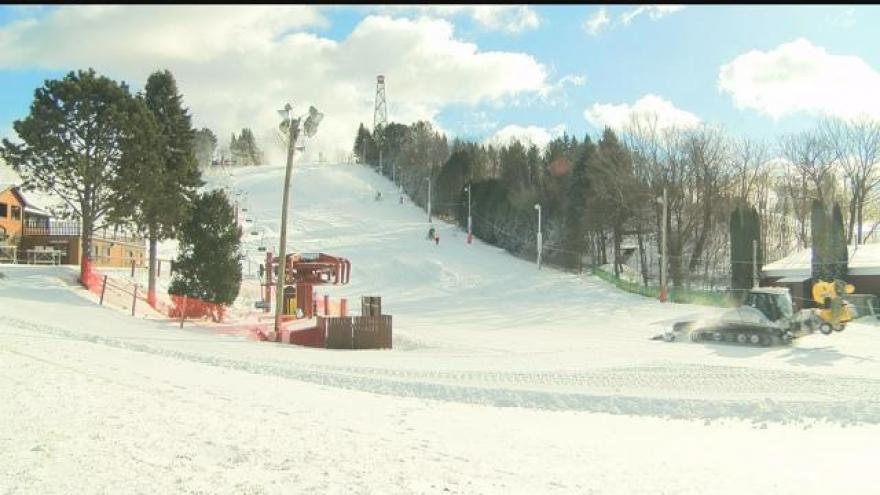 FRANKLIN Wis. (CBS 58) – Little Switzerland in Slinger, The New Rock Snowpark in Franklin, and Nordic Mountain in Wild Rose, have all started making snow during what might possibly be the longest stretch of consecutive “snowmaking” days in the past several years. This process will likely allow both Little Switzerland and Nordic Mountain to begin regular season hours, as well as allow the official opening of The New Rock Snowpark.

“I don’t recall seeing a forecast with so many strong back-to-back snowmaking opportunities in a while. It looks 24/7 snowmaking temperatures are here to stay, and we will be able to make snow until all three of our resorts are 100% open and buried with a three-foot base. We are extremely excited about these early season temperatures,” says Rick Schmitz, Co-Owner of Schmitz Brothers LLC.

The drop in temperatures will allow all three resorts to begin making snow non-stop (with the exception of open ski/board hours) during the next seven days, allowing them to open full time for the season.

Earlier this year, Little Switzerland and Nordic Mountain experienced their earliest open in history, opening on November 10. However, rising temperatures have made it challenging to keep up with snow production and has forced the resorts to scale back to weekend hours only.

“What’s important to note is that manmade snow is quite different than natural snow in that it is much more dense and therefore sticks around better in the recent 50-degree weather we’ve been having. It’s also not the same type of manmade snow that people remember from years ago; it’s a really high quality now. We invested heavily in automated snowmaking, and if you haven’t skied on manmade snow in a while, you’d be really surprised. It feels just like natural snow. That said, we can’t make snow in any conditions, we still need the temperatures to be below 28 degrees,” Schmitz adds.