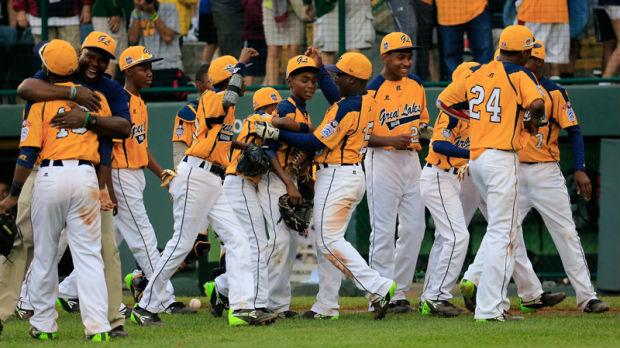 \"For more than 75 years, Little League has been an organization where fair play is valued over the importance of wins and losses,\" Little League International President and CEO Stephen Keener said in a statement. \"This is a heartbreaking decision. What these players accomplished on the field and the memories and lessons they have learned during the Little League World Series tournament is something the kids can be proud of, but it is unfortunate that the actions of adults have led to this outcome.

\"As our Little League operations staff learned of the many issues and actions that occurred over the course of 2014 and prior, as painful as this is, we feel it a necessary decision to maintain the integrity of the Little League program,\" Keener said. \"No team can be allowed to attempt to strengthen its team by putting players on their roster that live outside their boundaries.\"

The inner-city group of kids showed the kind of promise and character too often missing from Chicago's violent South Side, but questions persisted about Jackie Robinson West, CBS News' Dean Reynolds reports.

One team that sought answers is Nevada's Mountain Ridge that made it all the way to the U.S. final, eventually losing to Jackie Robinson West.

\"They tricked people, and they blindsided others, and they did those things that were strategic but illegal,\" Mountain Ridge coach Ashton Cave said.

Players for Jackie Robinson West were found to have lived outside the team's boundaries, which is a violation.

The Las Vegas team is not alone. A team from Illinois also complained that Jackie Robinson West's roster was rigged.

\"Little League has very specific rules in terms of where somebody should live in order to play for a particular little league,\" Evergreen Park Little League vice president Chris Janes said. \"JRW's boundaries are very specific and do not extend into any suburbs.\"

An inquiry by Little League International last year exonerated the Jackie Robinson squad, but new information reopened the residency wrangle, much to the consternation of the Chicago team's boosters.

\"We had to provide birth certificates, proof of schools, light bills, so we had to prove our residency, in order to join the team,\" Jackie Robinson West parent Venisa Green said.