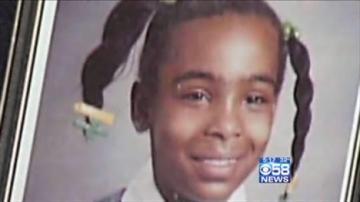 So organizers with Career Youth Development always make sure each child gets special attention at North Division High School each December 27th.

A comfort for many who found the gifts under the tree a little sparse.

They lines up well in advance for a chance to get their pick of toys, clothing and school supplies.

It's hard to tell who delights in this more, the children or the adult volunteers who get the honors of presenting the presents.

Business owner Lana Zborovsky has been donating toys for years.

\"I was born poor,\" Zborovsky tells CBS 58 News, \"So I know it's important for children to have gifts on Christmas.\"

This is a treasured tradition born out of tragedy. The late Jeanetta Robinson who founded CYD started it in memory of her daughter and gran daughter who were murdered.

Little Jennetta at the age of five began giving away her Christmas toys on her birthday, December 27th, because she noticed other children in Milwaukee did get any presents.

She was killed a nine but her light still burns and no child is forgotten now.

As her uncle Charles Walton put it, \"Little Jeanetta was about peace and love.\"