The pups entered the outdoor Otter Passage habitat for the very first time since their birth on Feb. 7, 2022.

The otters were born to mom, Shamrock, and dad, Larkey. The male pups are named Corky, Bailey and Cedrick. The female pup is named Evie.

The new arrivals marked their three-month birthday on May 7. Zookeepers say they are doing well. All of the pups and their mom could be seen by the public Tuesday morning. They were swimming and playing with one another.

The pups spent the first few months of their lives behind the scenes in holding areas of the habitat. Shortly after their birth, the pups nursed from Shamrock and slept many hours of each day. They would all nestle together. Zookeepers say for the first 30 days of life, otters are practically blind, so they need a lot of help. Caretakers say they needed time to get strong and become a bit independent.

The pups can now swim on their own and navigate the outdoor habitat, while Shamrock continues to keep a watchful eye on them.

Zookeepers say another litter of three otters hopes to make a debut in the coming weeks. 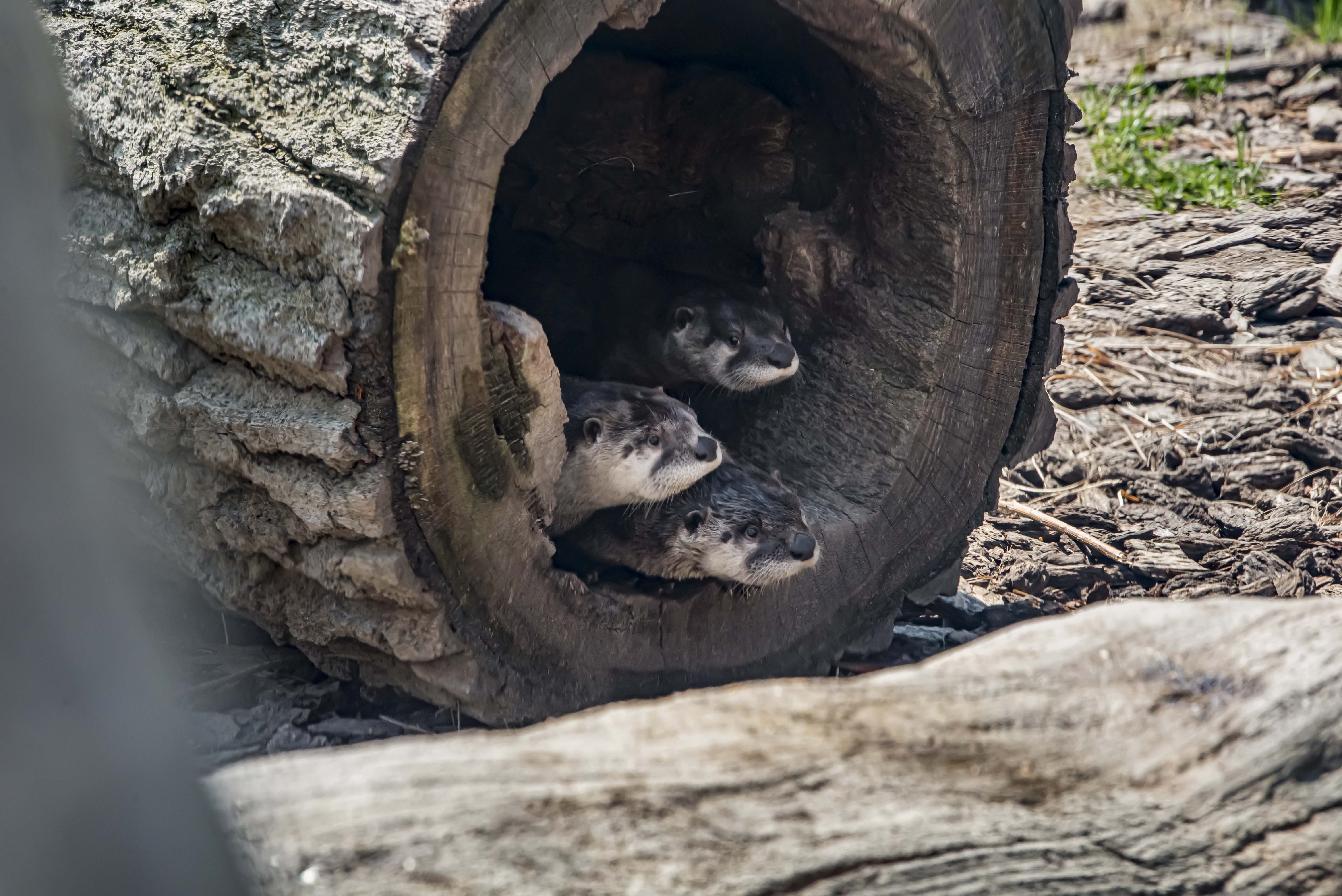