A batch of light snow continues to fall across the area this afternoon and will persist into the evening.  This is a light snow that won't create any big accumulation.  Most areas will pickup around a half an inch of snow.

With temperatures in the 20s, some slick spots will be possible with the falling snow.  Most of the snow should be done by 9 pm.

Flurries and light snow showers have been common over the last week. Wednesday of last week was the last time we didn't have any snow reported at Milwaukee's airport. Tuesday will be another day with some light snow showers and flurries with a weak clipper moving in from the northwest. The track of this system has moved a little farther north and east compared to the forecast on Monday which increases the chance to see some snow showers in southeast Wisconsin. 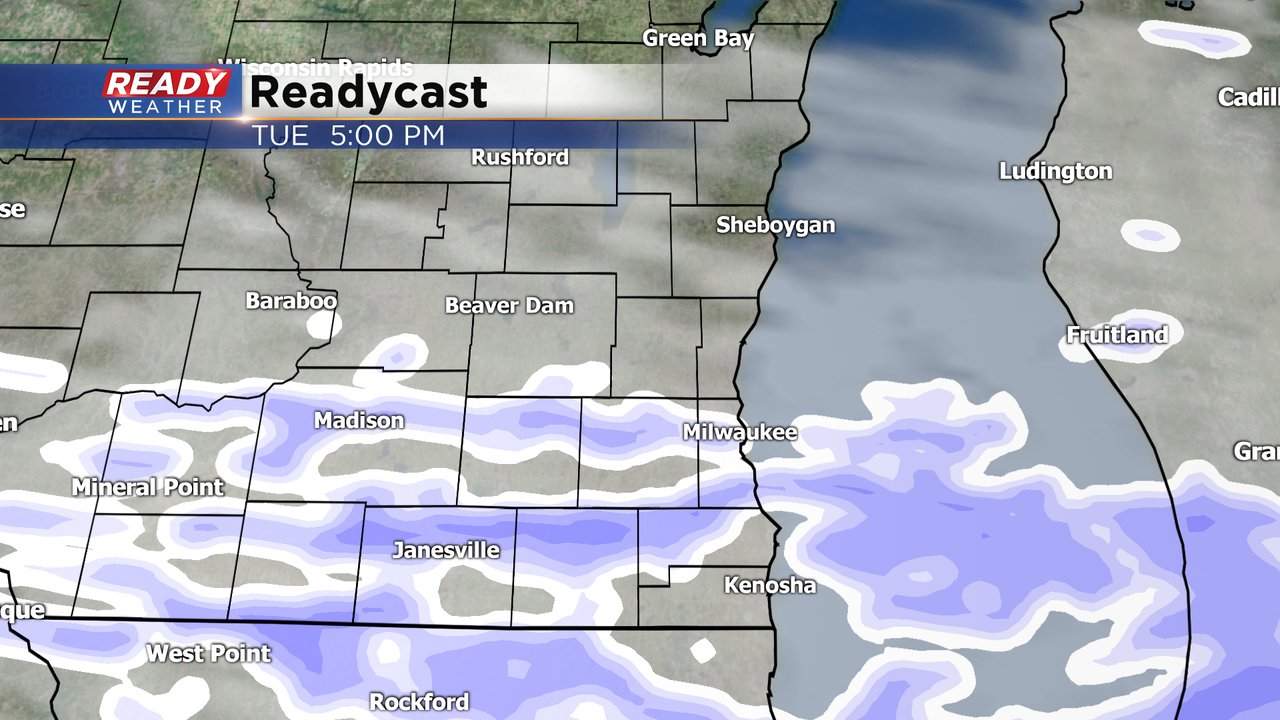 The timing for any snow looks to be during the afternoon and early evening from 2-8 p.m. The best chance for some snow will be in our southern half of counties and especially along and south of I-94. A dusting to half inch will be possible in these areas with highest totals near the IL border. 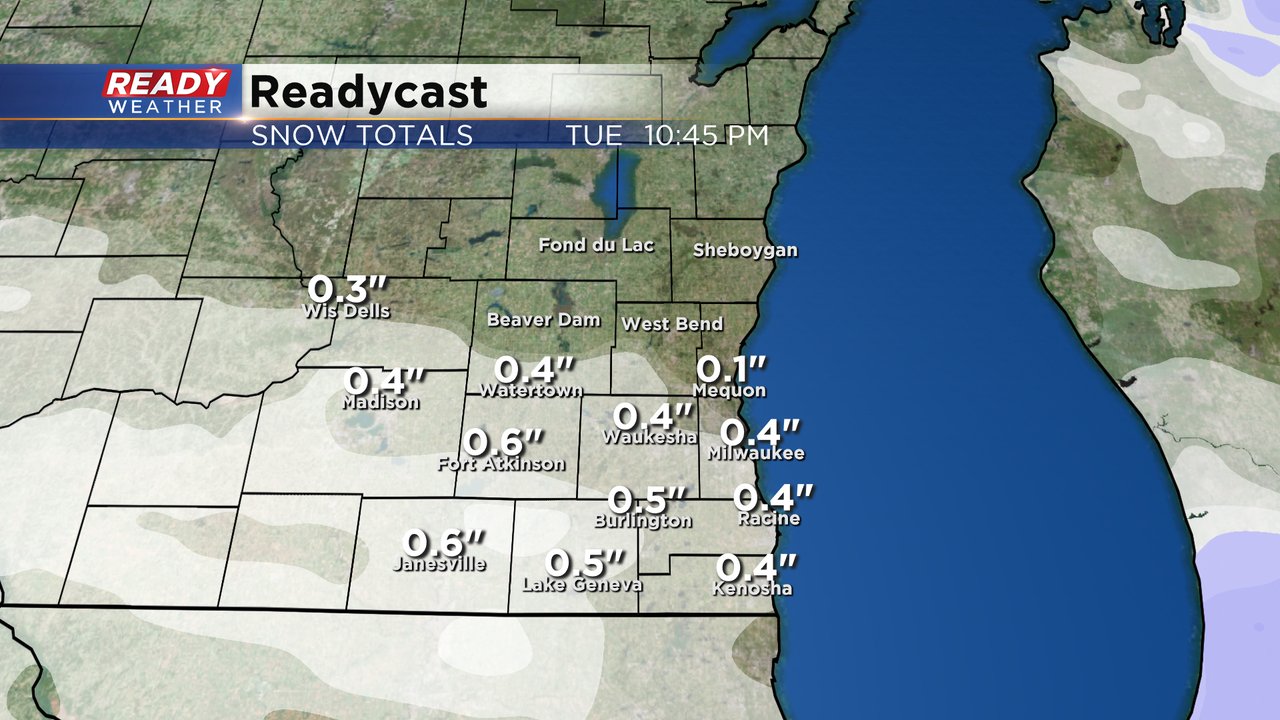 After the chance for snow on Tuesday the forecast dries out the rest of the work week. 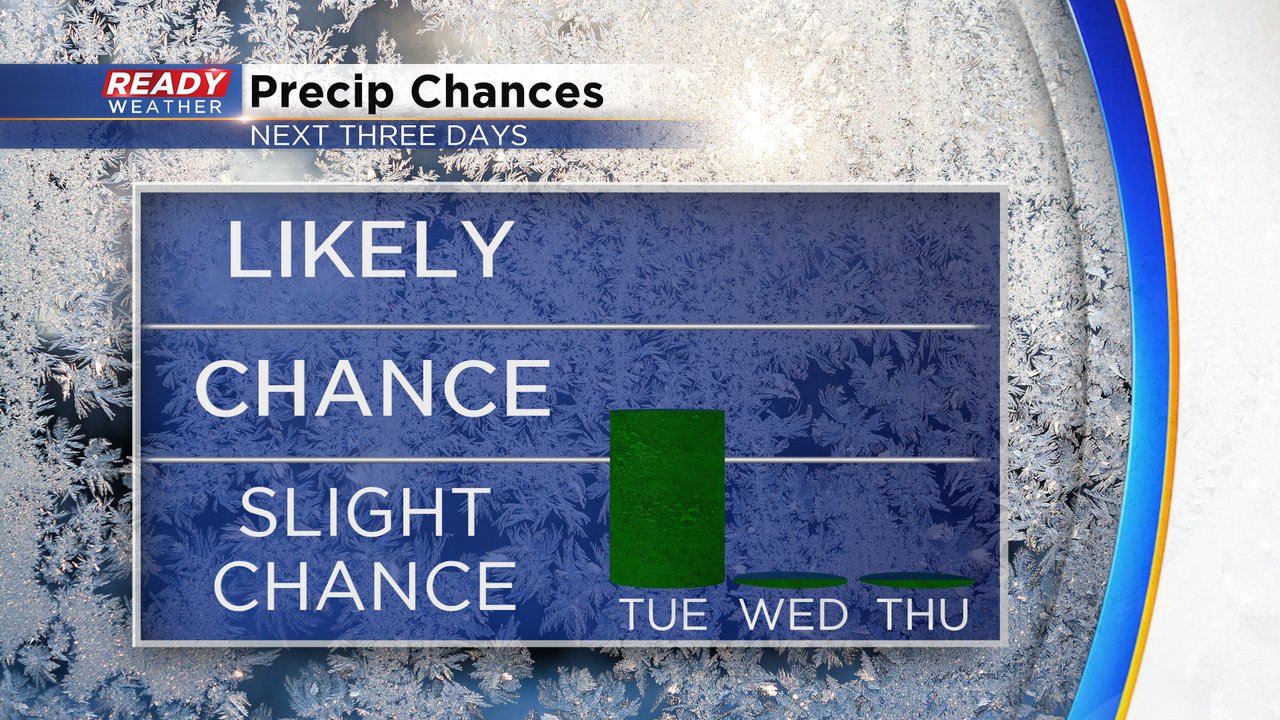 Better chances for snow look possible to start next week on Sunday and Monday. Some widespread accumulating snow is possible there but it's still five days out so plenty of time for the forecast to change. See a 10-day forecast on the CBS 58 Ready Weather app.