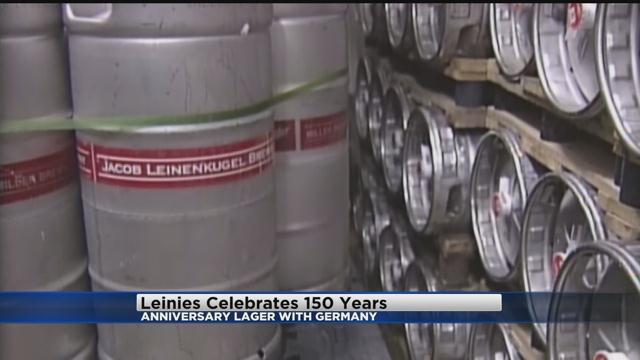 Leinies is celebrating its 150th anniversary.

The Chippewa Falls brewery is getting together with a German Brewery whose beer dates back to 1589.

The plan is for an anniversary lager made with an amber-colored Marzenstle beer.

It will be made with American hops and German malt to honor the Leinenkugel’s roots.