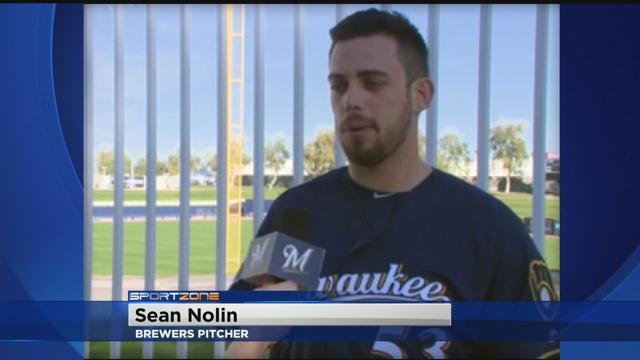 Left hander Sean Nolin was at Brewers Spring Training on Tuesday in Arizona just a day after he was claimed off waivers from Oakland.

Nolin is contuining the youth movement of the Brewers in 2016.

“Just going out there, doing whatever I can either way. Whether they want me to start, middle relief, definitely excited to have another lefty option. There's two of us instead of one. We doubled, but it's still good,” said Nolin.

The Brewers season 40 days away but our live coverage begins tomorrow.